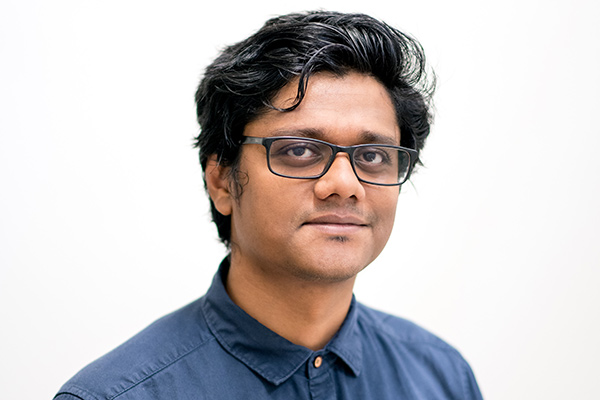 A UT assistant professor of statistics and data sciences and his team were awarded the 2018 Mitchell Prize by the International Society for Bayesian Analysis in August.

“It’s a significant honor,” said Kate Calder, Department of Statistics and Data Sciences chair. “It recognizes one of the top papers in our field. The fact that he received the award is just a testament to the growing strength of his research program.”

The research began when Sarkar was completing his postdoctoral program at Duke University, but the research paper wasn’t published until a year after Sarkar came to UT in 2017.

Sarkar and David Dunson, a professor of statistical science at Duke University, were the two statisticians on the team. The other members were neuroscientists who studied the evolution of human vocalization patterns.

Since human vocalization data is hard to collect, they studied vocalization patterns in mice and birds. After the data was colleceted, Dunson and Sarkar were responsible for analyzing the results, Sarkar said.

Statistics graduate student Giorgio Paulon, who is advised by Sarkar, said statisticians have an important role in research by helping scientists see their data in a new light.

“There’s more potential than what (people who collect data) are actually able to extract,” Paulon said.

Before penning their award-winning paper, the team of scientists wrote two papers about the experiment using statistical methods that were not as sophisticated, Sarkar said. Then Sarkar thought of a new statistical model that transformed how they viewed their data sets, and they published their winning paper in the Journal of the American Statistical Association in January 2018.

After receiving the $1,000 award, the team decided to give it all to Sarkar. In an email, Dunson said Sarkar “really deserves all the credit.”

At the moment, Sarkar said he does not have plans for how he will use his $1,000 prize. As for his certificate, it sits on his bookshelf.

Paulon said these awards are important for scientists because they do not always get recognized for their work.

“Everyone takes (scientific research) for granted,” Paulon said. “Getting these kinds of rewards is important for the morale.”