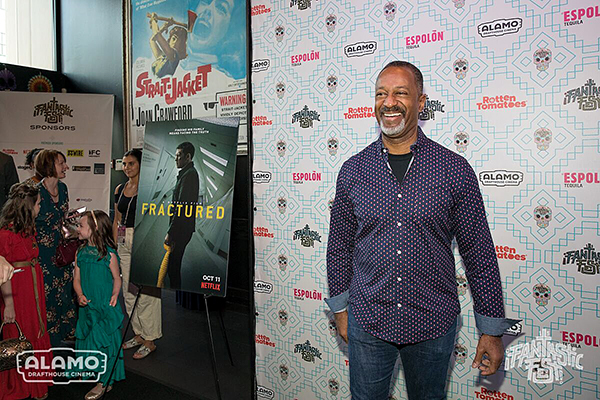 “Fractured” is a psychological thriller directed by Brad Anderson that follows the harrowing journey of a man whose wife and daughter disappear from a hospital. The Daily Texan attended the Fantastic Fest black carpet for the film and spoke with the film’s director Brad Anderson, writer Alan B. McElroy and actress Lily Rabe about all things “Fractured.”

The Daily Texan to Brad Anderson: As a director, what drew you to work on this film?

Brad Anderson: I think it was the cleverness of the storytelling, the kind of twists and turns this kind of story really played out. Also the fact that it’s really centered around one guy and his journey down the rabbit hole and trying to find his wife and kid. I like the sort of simplicity of that.

DT to Anderson: How did you approach the film in terms of genre?

Anderson: I don’t think of it really as horror, per se. There are no monsters. It is really an internal kind of horror; the monster is really inside. So psychological horror might be a better way to categorize this story. To me, the horror aspect of it is a little bit of a mystery because it has horror, it has horrific elements in it, but it’s not straight out horror.

DT to Anderson: After enjoying a prospective script, what is the next step as a director?

Anderson: Usually I start to imagine who could be in this movie, where I can shoot it. The locations are such a fundamental part of any movie in terms of creating the tone. Then on a very practical level, it’s like, ‘How are we going to get this movie to the starting line?’ I think just trying to put together a visual in my head, like kind of a language as to what this movie would look like. Because you know, the first time you read it, you’re just focused on the story. Then you start to think about what is it going to look like.

DT to Alan B. McElroy: What inspired you to write this script?

McElroy: One day I was taking my daughter to the hospital (with the wife). I thought, ‘When they walk through those doors, where are they going to go?’ And then suddenly I thought, ‘What if they (disappeared)?’ That just got my mind to start spinning and to start writing the story. I grew up watching a lot of Hitchcock movies. I love the stories where you’re not sure who you are and not sure why people are trying to deny what you think you know about yourself.

DT to Lily Rabe: Why did you want to be a part of the project?

Rabe: I was a fan of (Brad’s) work, and I felt like he was just exactly the right director for the material. He is really able to calibrate such a delicate and thrilling ride and not screw it up.