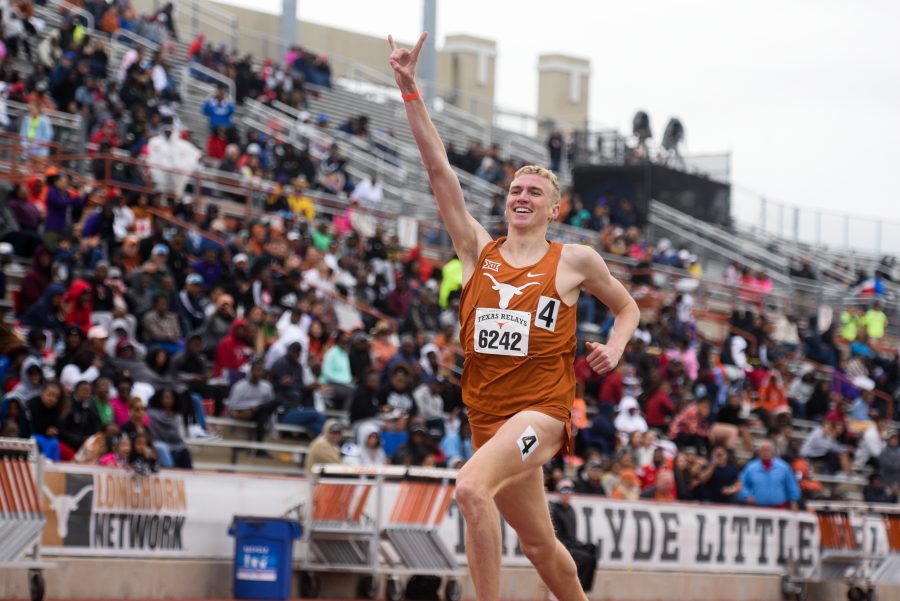 Texas cross country will travel to Springfield, Oregon, to compete against its fiercest competition yet this season. While the Longhorns are currently unranked, the Bill Dellinger Invitational will host multiple ranked teams including BYU, Portland, UCLA and Oregon.

“This is the start of everything,” said Pete Watson, men’s cross country and distance coach. “A chance to put on the Texas jersey and see them line up, not being intimidated by boys wanting to win.”

Both the men’s and women’s cross country teams will be sending eight runners to compete in Oregon. Each team will be running its longest race of the season as the women compete in their first 6k and the men in their first 8k. So far this season, Texas has swept its races, winning events in the women’s 4k and 5k as well as the men’s 5k and 6k.

“These races were stepping stones for us,” said PattiSue Plumer, women’s cross country and distance coach. “Everyone on this trip has traveled before. They know how to adjust.”

The races will take place under drastically different weather conditions than the team is used to running in Texas. Expected temperatures for Saturday’s events are in the lower 40s.

“It is great to get out of the heat since it will be our longest race yet of the season,” Watson said. “It will be fun to see how we compete.”

Running against ranked opponents provides an opportunity for the youthful men’s team to gauge where it stands and where it needs to go before championship season in November.

“They don’t act like freshmen,” Watson said. “These guys were some of the best high school runners in the country, and they are brave today."

The women also have a young team, with eight freshmen.

“The transition from high school to college is challenging,” Plumer said. “They need opportunities to race. They are still developing and have a lot of potential.”

Both men’s and women’s teams know that they are not expected to beat top competition, but each has its own goals for the races. The men’s team wants to break into the top three, while the women’s team has its own set of expectations.

“We’ll be in the mix,” Plumer said about her girls. “We want to be in the top half at minimum. That’s why they’re here at UT — not just to run, but to race and to win.”

Both coaches want to instill the confidence in their runners that they can compete against high-ranked competition and prove one thing.

“We belong,” Watson and Plumer said.