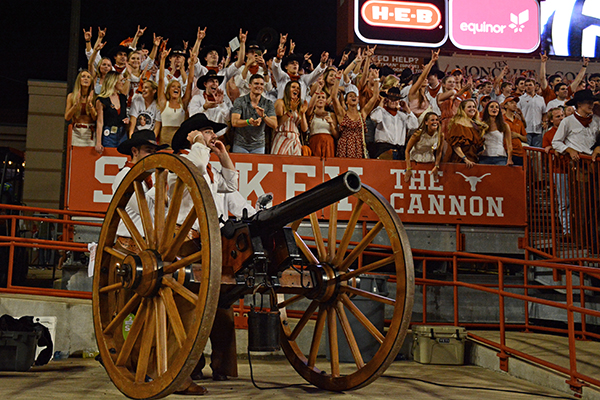 Documents recently released by the Dean of Students and a third party investigator show more details about reports of hazing at a Texas Cowboys’ 2018 fall retreat, including consumption of large amounts of alcohol and food, being hit with a wooden stick and biting the head off of a live hamster.

The investigations, obtained by The Daily Texan through a Texas Public Information Act request, found the Cowboys violated the Institutional Rules on Student Services and Activities by engaging in hazing activities. In June, the Dean of Students suspended the Texas Cowboys for six years, but the suspension could end early, depending on evaluations beginning in January 2022.

According to the documents, which were first reported on by The Dallas Morning News, UT Student Conduct and Academic Integrity interviewed more than 100 people, and while some students admitted to hazing, others refused to discuss it or did not recall feeling hazed.

The retreat planning checklist included food, Tabasco sauce, 35 cases of beer, 10 cases of White Claw, 15 handles of liquor, 10 cans of tobacco, a Juul e-cigarette for every new member, a live chicken, a dead octopus and two live hamsters, according to the Dean of Students’ investigation.

According to the Dean’s investigation, the pledge class, called New Men, was instructed to drive to Canyon Ranch with these items to set up at 7 p.m. the day of the retreat, three hours before existing members, or Old Men, arrived by bus. These items were for about 65 students, 14 of whom were underage, according to the investigation.

The evening began with relay races requiring members to chug alcohol and milk, and bear crawl across grass and Oklahoma drills, a banned NFL exercise where two people run at each other to take the other person down, according to the Dean’s investigation.

The investigation did not find the hazing to intentionally cause sleep deprivation. According to the investigation, there were no regulations on when and how members should leave, and two cars of New Men were allowed to leave without sleep after checking to make sure the drivers were alert and sober.

Shawn Cumberland, Nicky’s dad, said he was unaware of the new details until he read the article by The Dallas Morning News. He said the most important recommendation he made to the University is to clearly disband the unofficial “code of silence” that exists around Greek life members feeling like they do not need to report hazing incidents.

“That would be the easiest way to significantly reduce hazing issues: A very clear statement that says, ‘If we believe that you’ve been withholding information and you haven’t been forthcoming, in other words, protecting the current violence, that the minimum sanction is (suspension for) one semester,’” Shawn said. “‘That didn’t ruin your career. It doesn’t ruin your life. It’s expensive, and it’s inconvenient. But compared to my life, it’s small.’”