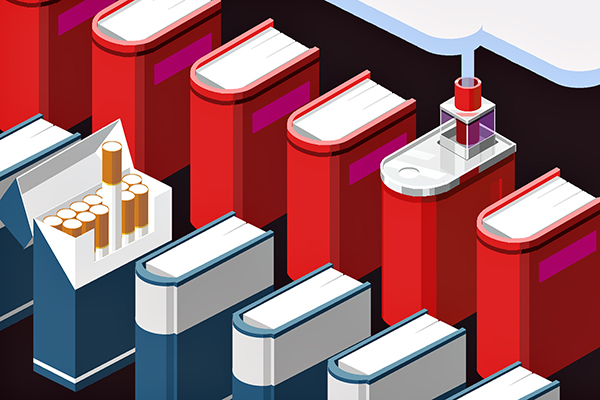 Austin Public Health announced last week that it would be investigating several cases of lung injuries related to electronic cigarettes in Travis County.

The announcement follows a statement earlier this month from the Food and Drug Administration to clear flavored e-cigarettes from the market. Anna Lassmann, Austin Public Health public information specialist, said there have been six reported lung injury cases associated with e-cigarettes in Travis County as of Sep. 25. She said all six people were younger than 40 years old, and two were teenagers.

A UT student, who asked to remain anonymous for privacy concerns, said they smoked flavored e-cigarettes heavily for the last year and eventually started to feel chest pain, nausea and shortness of breath. They said they were hospitalized for a week and diagnosed with a vaping-related lung illness after tests revealed inflammation in their lungs.

They said while most of their symptoms have passed, they are now living at home while recovering. They said considering the damage to their lungs, they are likely to be more susceptible to lung injuries and illnesses in the future.

“Honestly, I didn’t expect to get sick and it really scared me, but it has given me the opportunity to share my story and urge others to avoid vaping,” the UT student said in an email. “I also think it is important to consider that vaping in general is a very social thing and there is a lot of stigma and peer pressure around the issue.”

Alexandra Loukas, the principal investigator at the UT Tobacco Research and Evaluation Team, said e-cigarettes have not been around long enough for researchers to determine the long-term physical effects of their use. She said the delay in FDA regulations prevents researchers from analyzing the composition of the products to see what exactly is causing the lung injuries.

Loukas said she hopes her research into tobacco use by young adults will help prevent a new generation of people addicted to e-cigarettes.

“I don’t really think that the goal is to ban e-cigarettes,” Loukas said. “We don’t want people going back to cigarettes, for example. I think the goal would be to make them unappealing to especially adolescents and young adults, the people who start using the products. Banning flavors is an appropriate approach.”

Stephanie Helfman, manager of the Chronic Disease and Injury Prevention program at Austin Public Health, said the program is responding to cases by educating the Austin community and providing them with cessation and prevention resources with programs such as Live Tobacco-Free Austin.

Helfman said she also recommends Austin residents stop modifying e-cigarette products and buying them off the street, where they can easily become contaminated.

“We want people to know that e-cigarette vapor is not harmless water vapor,” Helsman said.