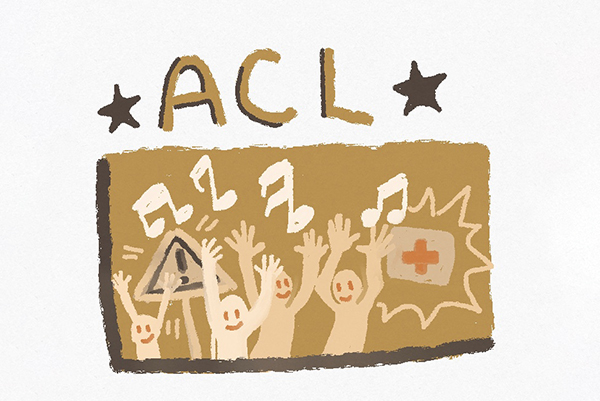 The Austin Police Department is informing citizens on how to stay safe at the Austin City Limits music festival and combat theft.

After the first weekend of the festival, 43 phones were reported stolen to APD as of Oct. 7, APD Sgt. Noel Guerin said at a press briefing. He said there are likely more that have not yet been reported. Guerin said the cellphone thefts could be due to organized crime.

“Some people have made it their business to attend these festivals, simply doing nothing more than stealing stuff,” Guerin said. “There is a criminal nexus that is organized, trains and does a very good job of taking people’s stuff from them when they’re not paying attention.”

Guerin said festival visitors should place their phones in front-facing fanny packs or front pockets and avoid attaching their credit cards or ID to their phones.

“(Because of) the pure number of people who are present in a confined space … stuff like that is going to happen,” Guerin said. “It’s incumbent on our citizens and our guests … to pay attention to your surroundings.”

Sharif Long said he had his phone stolen while at the festival Saturday, even though it was in his front pocket.

“It’s very frustrating,” said Long, biology and Plan II sophomore. “It’s made things more difficult this week, even if it’s just socially hanging out with friends or going to meetings or checking my calendar, (which) is always on my phone. I’ve had to be extra on top of things.”

ACL has partnered with Crowdfind, a website which allows users to report a missing object, file a claim if it is found and then have it shipped to them.

Three men were arrested Oct. 5 for 104 instances of selling and reusing wristbands, for a loss of more than $10,000 for the organizers of ACL, APD spokesperson officer Destiny Silva said during a press briefing.

APD advised visitors in a press release to lock their cars and take their keys, especially if the car has a keypad or keyless entry. The department also discouraged leaving valuables in plain view.

“If you must lock valuables inside, move them to the trunk, glove-box, or out of sight before you arrive and park,” the press release said. “Thieves wait for and watch those who park, and they blend into the scene.”

The press release also advised parking in well-lit areas or attended lots since thieves are likely to avoid those areas.

To protect the personal well-being of attendees, Austin-Travis County EMS Capt. Christa Stedman said they have a special events team with dedicated ambulances on-site at ACL.

“The festival allows you to bring in an empty water bottle, so stop at those hydration stations often,” Stedman said. “Take breaks in the shade if you need to. Don’t forget to eat so that your body has the nutrients that it needs for those long days at the sun.”