UT should invest more in its foreign language departments 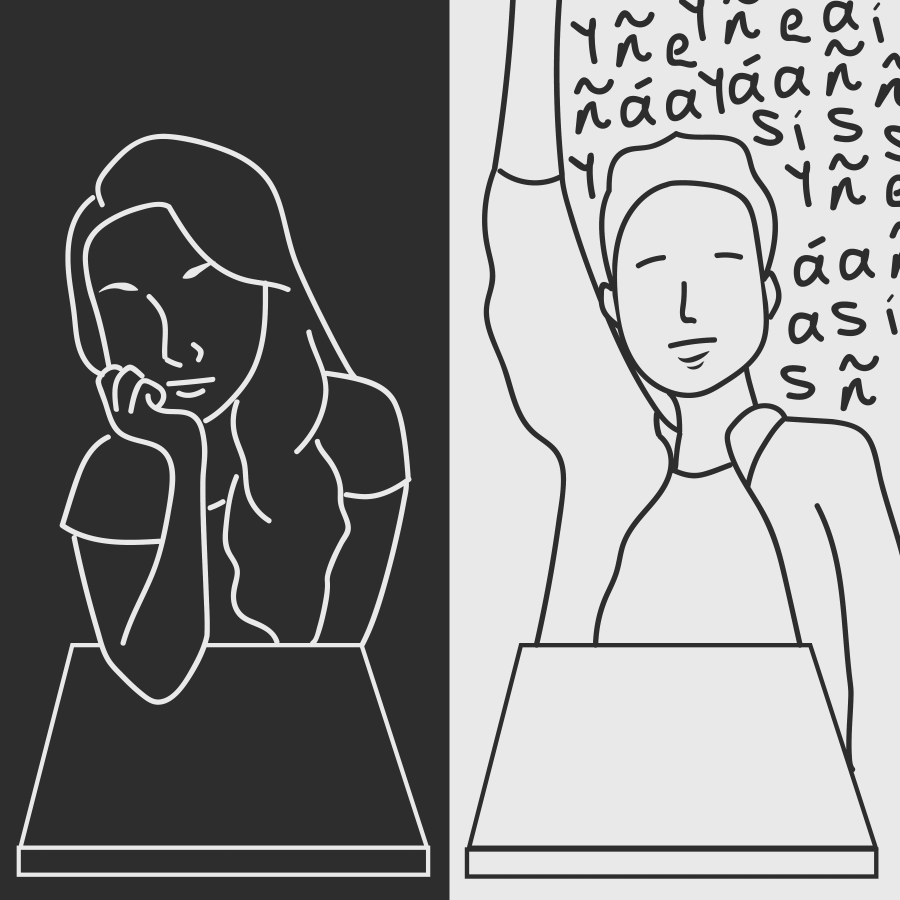 Upon graduating in four years, I hope to take everything I learned at UT with me to Europe, where I (hopefully) will spend a few years working. Although my radio-television-film degree doesn’t require extensive French or Italian language education, taking those courses will prepare me for my future abroad.

The problem, however, is the lack of credit hour variety in UT’s foreign language curriculum. While the University boasts several reputable language programs, many students who want to register for them are unable to because of their time-consuming nature. To better serve its students, UT needs to devote more financial resources to its foreign language departments, so they can introduce more three-hour language courses as well as online language courses.

Students who took foreign language courses in high school can often test out of UT’s language classes and eliminate language requirements from their core curriculum. However, some students want to continue their foreign language studies in college even if they don’t need the credits.

“I want to take a foreign language course at UT,” radio-television-film freshman Brianna Norman said. “I took German in high school, and I want to move (to Germany) at some point, so I really want to perfect my fluency.”

Although some three-hour courses are offered in various languages, such as German and French, most introductory and intermediate language courses follow a six-hour, two-semester structure. This model is intended to immerse students in the language as much as possible to allow students to reach proficiency in a shorter amount of time.

“The idea was how can we try to get students — especially our first year students or students who are first taking up a language as a part of their language requirement — to a level of good, functioning proficiency in a shorter period of time,” said Thomas Garza, associate professor and director of the Liberal Arts Texas Language Center.

Although the six-hour immersive course structure is beneficial to students looking to reach proficiency or fluency, the hours required for one of these courses is half of a full-time schedule. This raises problems for students who want to incorporate foreign language into their schedules but have other requirements to fulfill.

Like many others, Norman wanted to take a foreign language course as a freshman but was unable to fit one in her schedule. She thinks the six-hour course structure will pose challenges for her in the future.

“When I’m in my third and fourth years, I’m probably going to be way more concerned with the classes surrounding my major and certificate,” Norman said.

With core, degree, minor and certificate requirements, it is unrealistic for many students to take theses classes without overloading their schedules.

“I don’t know when I’ll be able to make room in my schedule for (the course) my first two years because there are so many other requirements I have to fulfill,” Norman said. “I definitely think in the future I’d benefit from three-hour courses.”

After the financial crisis of 2008, foreign language departments shifted the structure of their courses to adhere to changes in funding and resources, said Garza, who has a doctorate in education. The six-hour course structure introduced at UT after the recession is still in place in 2019.

“A troublesome point of the kind of economics of running programs (is) trying to find the best fit for the largest number of students,” Garza said.

Even a decade after the recession, funding — in addition to time, faculty members and classroom space — is still a major logistical limitation on adding three-hour and online courses.

That being said, UT should invest in its foreign language departments, so they can expand their course selections by adding more online and three-hour courses.

By introducing these types of classes, more full-time students will be able to maintain their levels of proficiency from previous language study and attain their goals without sacrificing half of their schedule.