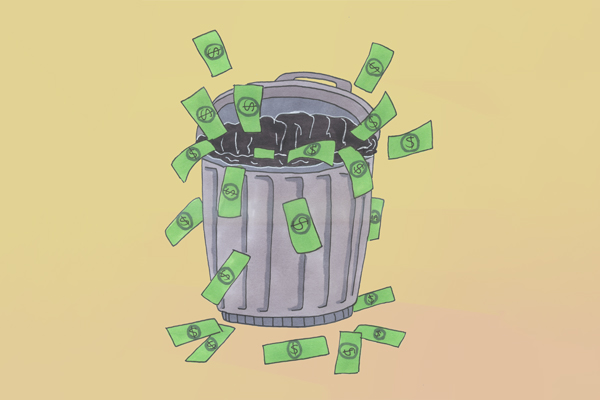 Austin Resource Recovery customers, including students who live in West Campus, will be paying more for trash collection starting this month.

Austin Resource Recovery collects residential curbside trash, recycling and yard trimmings, according to the city of Austin website. The city of Austin has a Zero Waste goal, an effort to reduce the amount of trash sent to landfills by 90% by 2040, according to the website. In an effort to reach that goal, Austin City Council approved Austin Resource Recovery’s proposed trash collection fee increase as a part of the 2019-2020 city budget.

“We originally did not want rates to increase because we don’t want folks to be less enthusiastic about helping us reach Zero Waste by 2040,” Harm said.

She said Austin City Council decided against decreasing the clean community fee to allow the city time to generate a report on funding requirements. Harm said she thought City Council was cautious when deciding not to offset the cost of the increased trash collection fee.

“Every time I turn around, there’s another event or another marathon, and it is just these constant massive cleanups in downtown Austin,” Harm said. “It costs a lot of money to make people work overnight. It’s a lot of overtime.”

Robert Moddrell, the University’s Resource Recovery manager, said the University — ­including educational and general use buildings and auxiliaries such as University Housing and Dining — produced 2,117 tons of recycling, 996 tons of compost and 4,951 tons of landfill in the 2018-2019 school year. He said both landfill and recycling has decreased by 2% from 2017.

“(The increased trash bill) really won’t affect the University,” Moddrell said. “That’s a residential program … At University Housing and Dining it won’t have an effect.”

Cerena Ermitanio, a co-leader on the Environmental Justice Committee, said that as a culture, people live very disposable lifestyles.

“I think not getting ourselves involved with recycling and composting has a lot of implications,” international relations and global studies  junior Ermitanio said. “We can’t live sustainably if we continue on this path of constantly throwing things away.”