Tips, tricks on the healthiest ways to go vegan 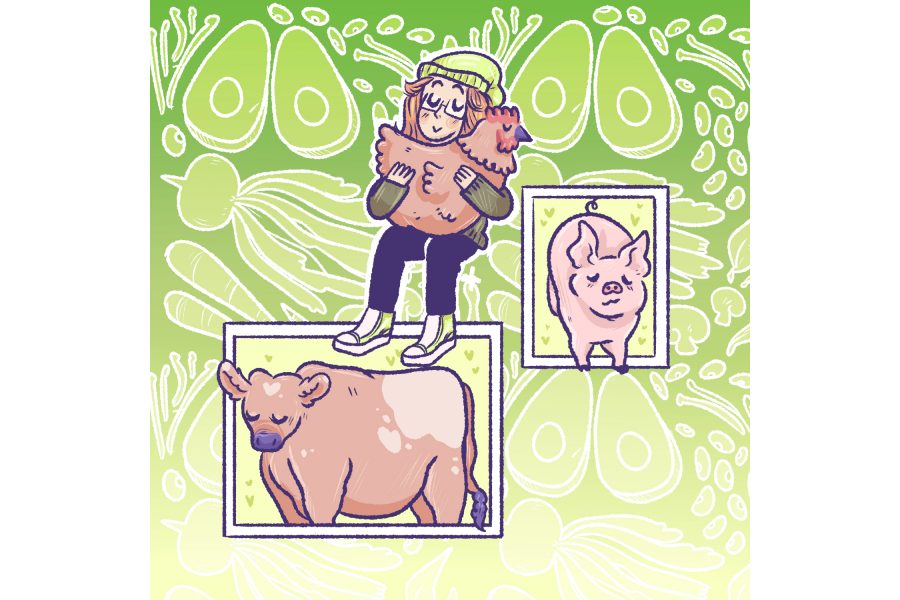 According to The Economist, 2019 is the year of the vegan, with the diet set to go mainstream as vegan options pop up in fast food restaurants. Adjusting a diet can take time, practice and effort. Before taking the plunge, consider the healthiest route and steps toward veganism.

To guide students beginning this transition, The Daily Texan has compiled a recommended route to take when becoming vegan.

Before cutting out animal products completely, it is important to make sure that adapting to veganism will be a feasible process. Compared to a meat-filled diet, veganism can sometimes be expensive. It’s important to research surrounding resources to see if the change will be affordable.

Economics junior Jacob Miller said it took him over a year to transition to veganism, and seeking help made the process easier.

“There are several online vegan communities that would love to help anyone trying to reduce the amount of animal products in their life,” Miller said. “If you want campus support, Students Against Cruelty to Animals can function as a support group for people that are new to veganism.”

Although many believe becoming vegan leads to an immediate healthier lifestyle, maintaining healthy nutrient and protein intake is essential. Begin eating more vegan foods, such as grains and beans, as well as vegan substitutes prior to adopting the diet. If veganism poses a health risk, it is important to take a step back and evaluate the effects of the diet. Don’t forget: Dietary supplements can be a vegan’s best friend if necessary.

“The easiest part about going vegan, particularly in Austin, was finding vegan substitutes for my favorite meals,” Rivera said. “There’s a vegan version of everything here!”

While different strategies work best for certain people, it is important to understand that veganism does not have to be an overnight process. For Miller, cutting out one animal product at a time was an efficient strategy, such as first eliminating red meat and finishing with dairy. For others like Rivera, dropping animal products cold turkey and never looking back worked best. There is no set amount of time it should take to go vegan, so don’t be afraid to let it be a lengthy process.

“I started trying vegan foods, learned about just how important veganism was for changing the trend of global warming and made the change within a day,” McGowan said. “I feel healthier. I am healthier. I find nothing about it difficult anymore.”

Every person has their own reason for going vegan. While it might sometimes be a difficult transition, having a set purpose for adapting the diet can become a helpful source of encouragement. Whether it be for health, a certain love for animals or reducing carbon footprints, veganism is a spectrum, and every person’s experience with it will be different.

“When my friends discuss environmental sustainability with a burger in their mouth, it can get hard to bite my tongue,” Miller said. “I am so passionate about veganism that it can get frustrating when others don’t understand it.”