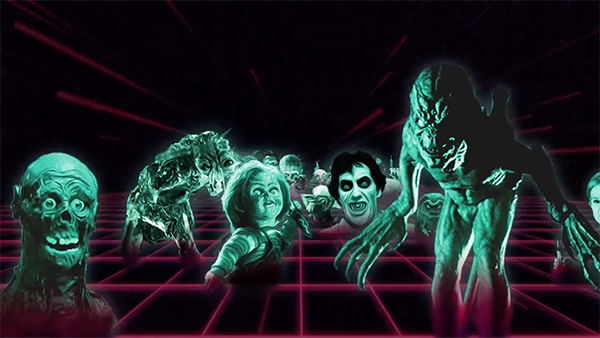 “In Search of Darkness” is a documentary that details the rise and impact of 1980s horror films. Over the four-hour run time, director David A. Weiner conducts interviews with a vast array of horror filmmakers and fanatics to discuss the absurdities and cultural impact of the horror genre and showcases archive horror footage against a retro score.

The Daily Texan spoke to Weiner about the documentary process, memorable interviews and the modern state of the horror genre.

The Daily Texan: The documentary has a runtime of over four hours. How did you go about pre-planning the process? Can you talk about the pre-planning process before you began to shoot this
extensive documentary?

David A. Weiner:  (A producer and I) created this time line where each year we’re going to cover a bunch of films. I expanded that structure by having these chapters in between that (give) a little more of a broader context. By outlining a narrative that way, you can write questions ahead of time.

DT:  What was it like interviewing such high profile horror directors like John Carpenter (“Halloween,” “The Thing”)  and Stuart Gordon (“Re-Animator,” “From Beyond”)?

DW:  There’s one part of me that’s a professional interviewer, and there’s one part of me that always will be a die-hard fan. I geek out, and I freak out when I land the interview. And I geek out, and I freak out once it’s in the can, and they’ve walked away on it. But in between, I’m a person who’s done this many, many times. I used to interview (guests) on Entertainment Tonight for 13 years. I ran “Famous Monsters of Filmland” magazine as the executive editor in 2015 and 2016. I also interview people and write pieces for “The Hollywood Reporter.”  I’ve interviewed everyone from Keanu Reeves to William Shatner, so I had the experience of doing it.

DW:  It was wonderful to get to have Larry Cohen. I think there’s a whole generation that is oblivious to how amazing he was in genre filmmaking. Not just horror, he did a lot of cop dramas, sci-fi horror. He was all over the map and did really great stuff the way he wanted to do it. He died only about two and a half months after we interviewed him. It’s really sad, but it was a privilege to be able to go to his house and not only interview him, but he showed me his monster closet. In his home, he has this monster closet, which has a bunch of props from (his) movies. I got to look at that stuff and play with some of that. It was a real, real blast.

DT:  What are your thoughts on the modern state of the horror
film industry?

DW:  I think horror is much more accepted now than it was back in the ‘80s. Producers want to plunder the gold of horror movies, especially because you could produce something on such a low budget and get such a handsome return. Sci-fi, fantasy and horror are the biggest moneymakers now. I think filmmakers are given a more substantial budget and marketing budget to make some really interesting and great movies. I’m a huge fan of everything from “Stranger Things” to
“Midsommar” and “Hereditary.”