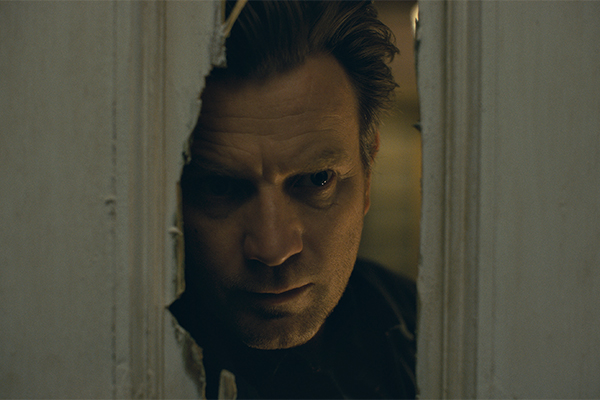 The Overlook Hotel has opened its doors once again and two little twin girls are the least of Danny Torrance’s problems.

“Doctor Sleep,” directed by Mike Flanagan, is both the film adaptation of Stephen King’s novel of the same name, and sequel to Stanley Kubrick’s classic horror epic “The Shining.” In “Doctor Sleep,” familiar character Danny Torrance is now grown, but continues to grapple with his family’s tragic legacy, alcoholism and strange mind-bending gift known as the shine. When a young girl named Abra with similar abilities reaches out to Danny, he becomes aware of a terrifying cult that feeds off the life “steam” of those who shine.

Ewan McGregor assumes the titular role of adult Danny. Tasked with emoting the effects of a traumatic childhood and a perilous fight with alcoholism, McGregor has a lot on his plate. He puts on a calm, yet strong performance as Danny, mirroring the sensitive and observant child audiences met in the original film. Danny’s character arc serves as the backbone of the film, emphasizing the theme of locking away past demons and moving forward.

Rebecca Ferguson steals the show as the menacing Rose the Hat. As leader of the infamous True Knot cult, Ferguson consistently straddles the line between intimidating and charming. For most of the film she projects an uncomfortable amount of stability, refusing to show any weakness. As her character emerges as the antagonist of the film, Ferguson appropriately dials up the evil and unpredictability.

The cinematography and set design are phenomenal. Flanagan and his team miraculously conjure visual elements from Kubrick’s original classic. The sets of the film are identical to those featured in the 1980s classic, with Flanagan using the original blueprints from Warner Bros.’ storage. During re-creations of moments from the previous film, the camera movement is much more calculated and calmly dynamic. Additionally, the camerawork pays direct homage to iconic shots, such as the notorious overhead view of a car winding its way up a mountain.

While “Doctor Sleep” is aesthetically pleasing and well-executed, the film struggles to succeed in its overall narrative. Danny’s metaphorical and literal journey against his past demons is effectively conveyed through familiar locales, moments and characters. Overall, Danny’s character arc is genuinely
cathartic and mesmerizing for longtime fans of the character.

When it comes to the absurdity that is Abra’s constant battle against the malicious True Knot gang, things go off the rails.

“Doctor Sleep” completely throws all subtleties from the original movie out the window by introducing an endless amount of powers that apparently come packaged with the shine. In the film, people with this “gift” are able to possess others, falsely project themselves into reality, use invisible gusts of wind and track others simply by holding an object they’ve touched. In Flanagan’s defense, many of these elements are present in the novel, but they come off as overly extravagant when translated to the screen.

“Doctor Sleep” was an impossible feat from the beginning. To effectively combine the worlds established by King’s original novel and Kubrick’s iconic interpretation is unheard of. Flanagan genuinely succeeds in several aspects of this task, but the absurdity of King’s novel muddles the effectiveness of Kubrick’s established narrative.