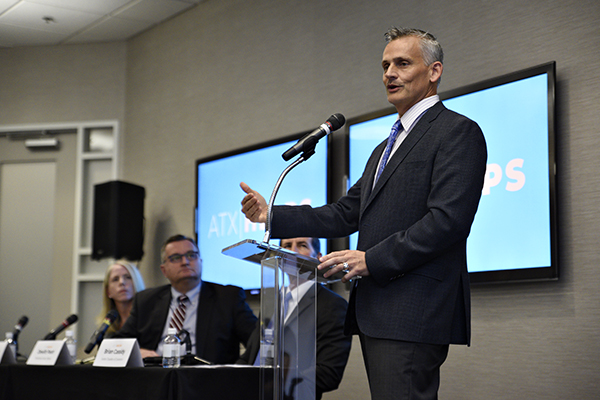 The Austin Chamber of Commerce announced a new coalition Thursday to provide temporary shelter and resources for people who are homeless.

The coalition, known as ATX Helps, is attempting to raise $2 million by the end of the year and $14 million overall to build a facility dedicated to providing resources such as counseling, storage and medical services for up to 300 homeless people, according to the press release.

The coalition is made up of various businesses, faith-based organizations and nonprofits such as the Downtown Austin Alliance and the Austin Bridge Builders Alliance, according to the release. A location for the shelter has yet to be decided, and the $14 million is expected to cover operational costs until more permanent facilities can be constructed, according to the release.

“We’re morally obligated to take action to help those that need it the most and to create an atmosphere throughout our community that’s safe for all, including those experiencing homelessness,” Brian Cassidy, board chairman of the Austin Chamber of Commerce, said. “The issue of homelessness and how to address it has become bitterly divisive in our community. The time to come together and put politics aside is now.”

In a separate announcement on Thursday, Gov. Greg Abbott said the state will be providing a five-acre temporary homelessness encampment off State Highway 183 near Montopolis Drive that includes portable bathrooms, handwashing stations and supplies from local charities.

Cassidy said he spoke with Gov. Greg Abbott about the possibility of using state-owned property for the coalition’s shelter, but Abbott’s office is not part of the new coalition.

Dewitt Peart, president and CEO of the Downtown Austin Alliance, said the coalition will provide the temporary housing that Austin is not covering.

Peart said there are currently 812 beds in Austin while there are more than 2,200 homeless people in the city. He said 54% of the Austin homeless population is chronically homeless, which is 30% higher than the national average.

Peart said another important aspect of the shelter will be the ability to store personal items, which will increase the likelihood of people to use the shelter while pursuing goals such as job interviews. He said the facility will also include a family reunification plan, similar to one used at a San Diego facility that reunited more than 1,700 people who are homeless with their families.

“We need everyone in the private sector to come together, as well as our leaders in the city, county and state to pitch in and make this a reality,” Peart said.

Mosaic Church deacon Leah Hargrave said her faith inspired her to help people who are homeless in Austin. She said the hostile rhetoric surrounding the issue does not represent the true culture of Austin.

“(ATX Helps) perfectly embodies the friendliness and helpfulness that Austin is known for,” Hargrave said. “Austinites experiencing homelessness are not a problem to be solved. They are just … our neighbors that need our help.”