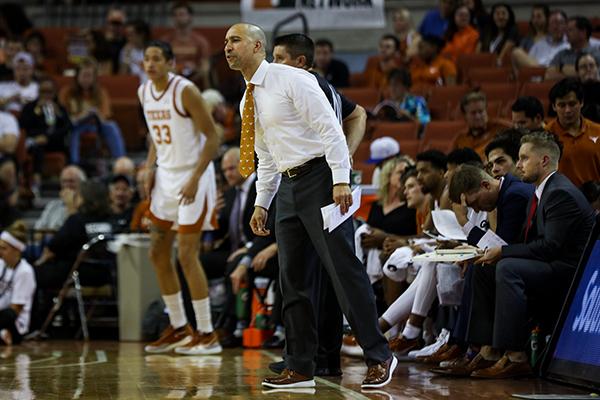 This season’s Longhorns are starting to mirror last season’s team through the first two games of the season in terms of early performance.

Last year, the team started the year with five straight wins and notched a win over a ranked team to bolster their resume. While this year’s team has only played in two games, they have already accomplished the latter, upsetting No. 23 Purdue on the road. The Longhorns ended last season with five straight wins and look to keep that momentum up in the Austin regional of the 2k Empire Classic.

"Our guys ended the year on a really strong note last year, winning our last five games,” head coach Shaka Smart said. “That is a momentum we have really worked to build on during the offseason.”

The goal for this year’s team is not to replicate the performance of last year’s, but to improve upon the NIT title-winning team’s production. The win over Purdue was an excellent first step.

While the NIT certainly gave the returning players an educational experience for this season, that tournament win will most likely have more value as a powerful motivating tool.

“We just want to win more than we did last year,” redshirt freshman Brock Cunningham said. “We went to the NIT, and that was an amazing experience, but in the end not the goal, and we were disappointed that we were there. But we embraced the opportunity.”

“We take the next step by executing the details,” Cunningham said. “Last year we went for big plays and were focused on the big stuff, but what goes into the big stuff are the little details that lead to wins. With our new philosophy this year we are focusing on the details.”

Along with changes on the court, the Longhorns are really hoping for increased student support. Last year, attendance was noticeably low, particularly for games Texas hosted during the NIT. The opener of the tournament against South Dakota State drew only about 1,700 fans, a small number for an arena with a capacity of over 16,000.

The team has a lot to be excited about so far. The resurgence of redshirt sophomore Andrew Jones, who recently completed his two-year battle with leukemia, has played a large role in the team’s early success this season. Additionally, three new freshmen, guard Donovan Williams, center Will Baker and forward Kai Jones, have each received playing time this year, giving fans a glimpse of Texas’ future.

If the team is to achieve its goal of improving upon last season’s performance, its new detail-oriented approach coupled with strong campus support will be of critical importance. With the Longhorns playing California Baptist at home Tuesday, fans will be able to do their part.

“It means a lot to us when fans and students come out and support at our games,” Smart said. “It gives our guys energy. Our guys are students too and walk the same campus and take some of the same classes as other students. That level of support is pretty cool.”