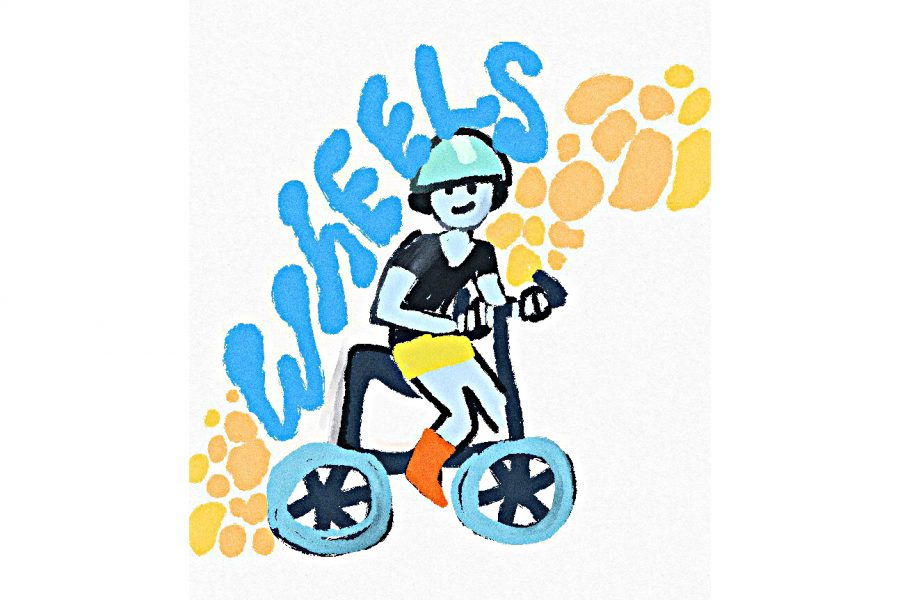 Electric bike company Wheels will launch the operation of their bikes in Austin at the end of November.

Todd Maron, chief legal officer at Wheels, said the company has bikes in six major cities throughout the United States and is also expanding to Europe. He said students can ride bikes anywhere in Austin and through the University, but the rides cannot end on campus.

“Wheels is a dockless micromobility operator, offering shared rides in an e-bike platform that is primarily focused on safety, accessibility and sustainability,” Maron said. “Unlike other offerings, Wheels e-bikes are seated, they have a low center of gravity, 14-inch wheels that better navigate uneven surfaces, and they have five points of contact.”

Maron said the e-bike’s seated design provides accessibility for those who do not have the physical capability of standing up on a scooter.

Maron said the company focuses on sustainability through their e-bike’s batteries.

“Other companies rely heavily on a model where large numbers of scooters are thrown in a truck, taken home, charged overnight and then redeployed in the morning,” Maron said. “Wheels use swappable batteries, thereby allowing its devices to remain in the field.”

Ben Story, Wheels’ vice president of North American operations, said he thought Austin would be a great city to expand to after he navigated the city’s traffic.

“Austin is a great city and a great opportunity,” Story said. “We find everywhere we go, there is a high concentration of people looking to get around the city.”

Computer science junior Erik Thoreson said he uses electric scooters when he is late to class but isn’t sure how much safer Wheels’ e-bikes will be than other scooters.

“At the end of the day, people are still going to be riding them around and not paying attention to the typical street laws,” Thoreson said. “I would be for the expansion simply because they look more comfortable than Limes or Birds.”

Maron said the company will stage its bikes in the downtown area, but the specific launch date has not been confirmed.

“Austin is well known for embracing technology and innovation,” Maron said. “The combination of a large urban area and a University footprint make it a perfect place for micromobility to help make a difference.”