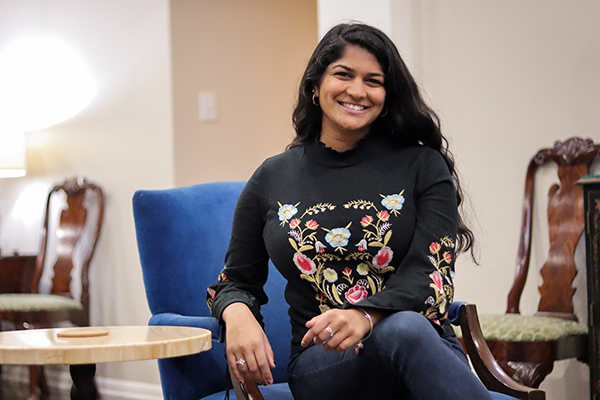 University Panhellenic Council sororities have increased initiatives to support minorities during the past year.

These initiatives include a new organization for women of color, cultural awareness modules and a statement addressing issues women and minorities experience at Roundup, the annual spring event hosted by the UT Interfraternity Council. The council governs the 14 sororities affiliated with the National Panhellenic Conference, including Alpha Xi Delta and Kappa Delta.

Anagha Kikkeri, who is in Kappa Delta, is the first diversity and inclusion vice president and leads the Diversity and Inclusion Committee, which was created in 2018. Kikkeri, who is Indian American, said the Roundup statement provided solutions the council has been implementing, such as diversity awareness, cultural sensitivity training for leadership and recruitment guides, and an anonymous violation reporting tool on the council’s website.

Government junior Kikkeri said she wanted to set a strong foundation for the committee and the executive position because she wants University Panhellenic Council sororities to be inclusive places for minorities, who have historically felt and continue to feel excluded from Greek life.

“Being a part of the larger Panhellenic community, it was really difficult for me to get adjusted because I was running into different problems like microaggressions, and I didn’t feel like I fit in,” Kikkeri said. “But then in the larger university in more diverse settings … I felt like people were judging me for being in a sorority.”

Kikkeri said the most recent development is an organization called Sisters of Color, which held its first meeting last week. She said the club meets weekly to allow women of color in the council’s sororities to make friends and share their experiences as minorities.

“I wanted to make sure that women of color felt like they were accepted, valued and empowered in Panhellenic sororities,” Kikkeri said. “It’s not just a space for white women.”

Kikkeri co-founded the club with public relations junior Maria Varela, a member of Alpha Xi Delta and the Diversity and Inclusion Committee. As a Colombian American, Varela said she hoped she would meet other women of color even though as a freshman, she said she believed the women doing sorority recruitment would be primarily white.

“A lot of the stuff (the committee does) is behind the scenes and … not everybody knows exactly what we’re doing, but Sisters of Color is something big that people actually get to see us implement,” Varela said. “I’m just really excited to be able to get to know and make friends with girls within the Panhellenic community that I wouldn’t have met otherwise from different backgrounds.”

Emily Sparkman, a member of Sisters of Color and Kappa Delta, said the club is a good way for women of color to share negative and positive experiences within the council’s community.

“You can tell people to read a bunch of articles about diversity and watch different videos … but actually having a physical group on the campus really makes a big impact and really shows that we do care about improving diversity in Greek life and in the University in general,” said Sparkman, a Chinese American and humanities and Chinese studies junior.