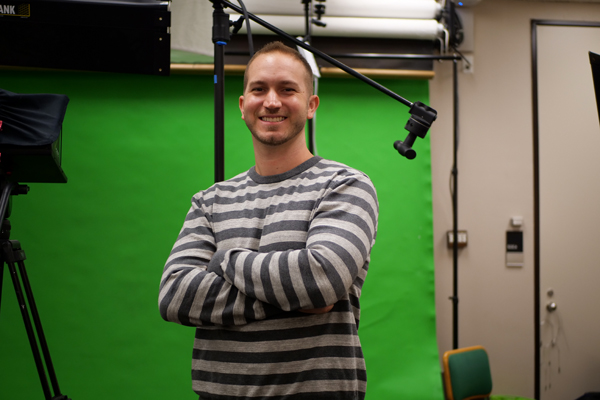 Deaf teenagers and educators can now play the first-ever American Sign Language-accessible video game this fall thanks to the University’s National Deaf Center on Postsecondary Outcomes.

The choose-your-own-adventure game, called “Deafverse World One: Duel of the Bots,” educates deaf youth about how to advocate for themselves and increase accessibility in their daily lives, according to its website.

The game consists of scenarios deaf teenagers might encounter in reality, such as needing to communicate without signing or watching a movie in theaters without captions, which the player must react to.

“Deafverse” game designer Kent Turner said he created the game after effectively implementing video game strategies in his classroom while teaching at the Texas School for the Deaf. He said encouraging kids to level up and achieve milestones in the game immerses deaf youth in real-world situations where they will need to make decisions and advocate for their own needs.

“The game teaches deaf people to know their rights,” Turner said. “They have a right to an interpreter (and) different accommodations in school. Some deaf students don’t know about these (accommodations), so we developed this game for deaf students to learn how to manage their lives.”

According to the center, “Deafverse” is an accessible tool because it displays information in ASL, English text and English voiceover for people with varying ASL fluency.

“Every culture has their own way of doing things, and a lot of people perceive the deaf community as something that’s a lack of,” Medina said. “It’s really not. It’s just another way of living.”

Editor's Note: A previous version of this article incorrectly reported the title of the National Deaf Center and Kent Turner's title. The Texan regrets these errors.