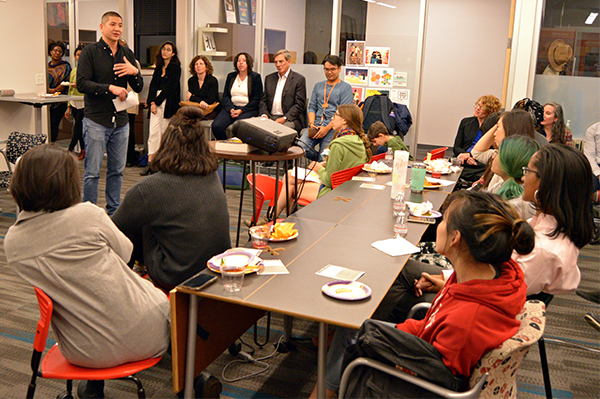 The new space has more offices, a kitchenette and places for students to meet and hang out. Alongside the relocation, the College of Liberal Arts’ Diversity Committee introduced a new initiative and a potential major. The race, indigeneity and migration major and The Gender, Race, Indigeneity, Disability and Sexual Studies Initiative are part of the committee’s expansion at the University. The center is also celebrating its 20th anniversary.

The center’s director Eric Tang said the move from Burdine Hall to Bellmont Hall is an important change and will add to the overall creation of community in the College of Liberal Arts’ Diversity Committee. He said for the past year, the committee has been expanding not just with the new location but with the new major and initiative, as well.

Tang said for these to develop, the committee had to work with the College of Liberal Arts staff and could see the new major potentially being ready for students to join in Fall 2020, offering tracks that include topics relevant to diversity, culture and migration.

“People ask ‘Why UT Austin?’” Tang said. “It is because we are in many ways a hub for race, indigeneity and migration in the area.”

Tony Vo, assistant director for the center,  said he is excited for the initiative, major and Center for Asian American Studies’ move into the Bellmont Hall space because it was time for the center to grow.

“For years, we were in Burdine Hall … but we have been dreaming of a center and a space of community,” Vo said. “There are 15 new offices in total, and we share the space with Art Galleries at Black Studies and Human Dimensions of Organization, and we are all very excited for this move.”

Sarah Philips, a Center for Asian American Studies student ambassador, said she’s noticed a difference as the new space gives more room for students to hang out and chat with their peers. The previous location in Burdine Hall was only a few office spaces.

“We have more space for students to hang out and have a community,” government senior Philips said. “With the move, the new major and initiative are also a perfect way to introduce any students that may be thinking of joining something with (the center) or the College of Liberal Arts.”