Third season of ‘The Crown’ dazzles with new, high-quality cast 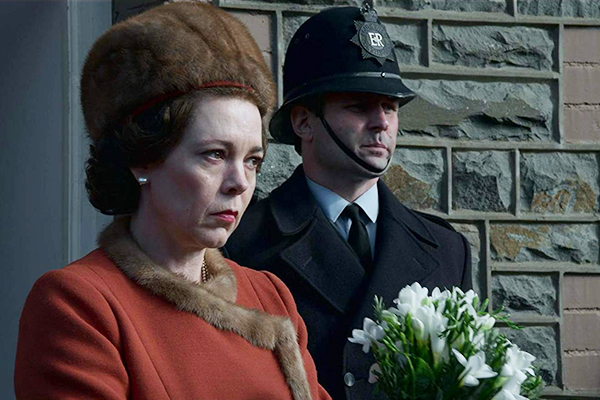 In its third season, “The Crown” introduces a new cast but remains on the same level as its previous seasons due to stellar performances and high-quality production.

The season begins in 1964 and covers the years leading up to 1976 as Queen Elizabeth II (Olivia Colman) confronts coal miner strikes, Russian spies, growing national debt and a public shift in opinion against the monarchy. In addition to these problems, she also must contend with various issues at home.

While this season of “The Crown” covers a large amount of time and explores the lives of many different members of the royal family and the government, the show takes its time developing the characters and plot.

Due to this slow-moving approach, “The Crown” is not designed to be binge-watched. The lack of action makes it hard to watch more than one episode at a time, and even within the episodes, the show often becomes boring.

While the plot frequently lags, the performances never falter. As the sovereign, the queen can never fully express her feelings in public, but Colman still manages to show intense sadness, anger and frustration through only her eyes and small movements.

Her icy exterior contrasts that of her sister, Princess Margaret (Helena Bonham Carter). Unlike Elizabeth, Margaret is spontaneous, funny and outgoing.

However, similar to her sister, Margaret hides her true feelings — her initially jovial appearance disguises her sadness and discontent both in her marriage and in her role as sister to the queen. Like Colman, Carter excels at showing a range of deep feelings through only subtle changes in expression.

All the actors deliver strong performances, but Colman and Carter’s interactions make the most memorable and affecting scenes of the season. When either one is on screen, it is impossible to look away.

Although “The Crown” shows that the royals experience human struggles behind closed doors, the show also makes sure to remind viewers that the lives of Queen Elizabeth II and her family are far from relatable.

The characters all wear perfectly fitted suits or dresses, which dazzle without being ostentatious. Each costume is a work of art that reminds viewers of the power and status of the royal family. The intricacy and high quality of each outfit helps fully immerse the audience in the story.

The cinematography reinforces the extraordinary lives of the royal family. Breathtaking aerial shots showcase their sprawling estates and the many jets they use for travel.

Within the palace, frequent wide shots show the walls of world class art and give the viewer an impression of the palace’s sheer opulence. The cinematography and elaborate set design make the show engaging even when the plot lags.

After its award-winning first two seasons, season three of “The Crown” had to meet high expectations. Although viewers won’t be kept on the edge of their seats, the beautiful cinematography and understated, but emotionally powerful, performances ensure “The Crown” remains one of the best shows on Netflix.