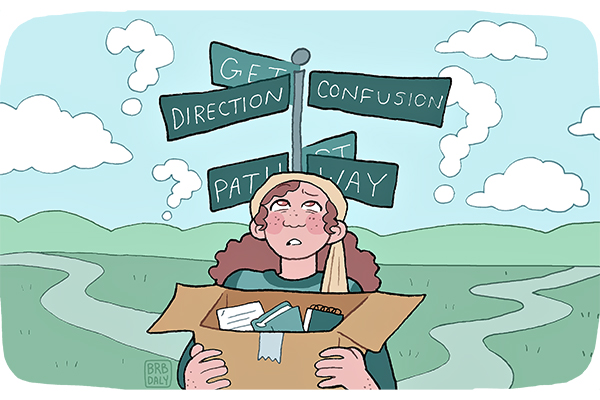 UT is working toward making campus safer and easier to navigate by adding call boxes and cameras to maps on campus and increasing wayfinding signage.

The University requested a security audit from the Texas Department of Public Safety following the murder of student Haruka Weiser on campus in April 2016, said Jimmy Johnson, assistant vice president for campus safety. Among the audit’s recommendations was providing clear ways for people to navigate campus. The Office of Campus Safety has been working with Project Management and Construction Services over the years to implement projects that will fulfill these suggestions.

“We have a very dense location,” Johnson said. “We are bound by the city. Our footprint is only so large, and as we expand our footprint, we have to do things that help incorporate easy navigation of the campus.”

Wayfinding signage will be added on both the main campus and the J.J. Pickle Research Campus by February 2020. Johnson said outside of every parking garage, emergency call boxes and additional information will be added to monument signs that are already up.

“Once you walk out of a garage, we want to have wayfinding right there at the exit,” Johnson said. “So you can say, ‘I am here. How do I get to there?’”

Johnson said the other side of the signs will include information about nighttime safety programs, warning systems and other safety messages such as “Lock your car, take your keys.”

“There’ll be those map signs coming out of the garages, and then there’ll be some additional directional signs on various key walkways … once you get onto the campus proper,” said construction services director Mike Carmagnola.

Johnson said the signs will feature a way for people to find electronic maps using their phones, so users can view live updates. The electronic maps will include up-to-date information on campus features that physical maps do not show, such as construction.

“For our 18- to 22-year-old student population, a hard map might not be something that is as practical,” Johnson said.

Carmagnola said these projects are necessary because the core of campus is becoming more oriented around pedestrian traffic rather than vehicle traffic.

“Signage and wayfinding (are) an important element, not only for safety, but for just getting people comfortable if they’re not familiar with campus so that they know where to go,” Carmagnola said.

Biology junior Alma Carro said she thinks more signs and maps on campus could help students find out how to get where they need to go.

“When I was at orientation, I didn’t know where the (Flawn Academic Center) was, but I didn’t want to look dumb, and I didn’t want to seem like I was ‘the freshman,’” Carro said. “I did have trouble finding those places.”

Johnson said the Office of Campus Safety tries to incorporate practices such as wayfinding and UT Police Department patrols to areas with heavy population traffic.

Carmagnola said that, unlike a multiyear construction project, this wayfinding project should not disrupt pedestrians’ paths or cause them to take a different route.