‘You just have to suck it up’: Castilian residents say broken elevators are regularly slow, out-of-order 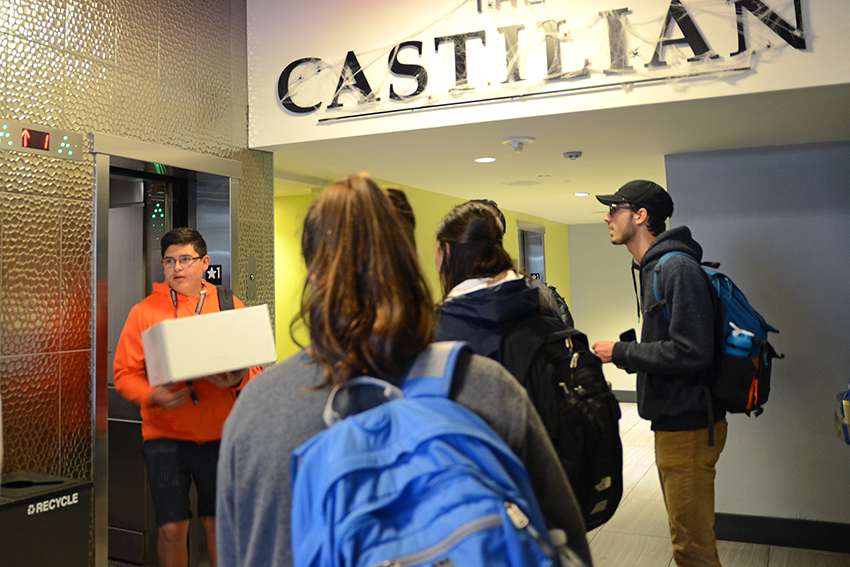 Residents of the private off-campus dormitory The Castilian say they are experiencing elevator problems that disrupt their daily routines.

The Daily Texan reported in October 2018 that Castillian residents encountered out-of-order signs or broken elevators. Current residents at the Castilian said they were still experiencing these problems over one year later.

“(Broken elevators) just make people annoyed and it cuts out time for possible efficient studying or hanging out with others,” civil engineering sophomore Stephan Loukianoff said in a direct message. “But, mainly, it annoys people and just keeps people awkwardly waiting.”

The Castilian is a 22-story property on San Antonio Street, owned by student housing developer American Campus. Radio-television-film sophomore Robby Goldman said the Castilian elevators still have out-of-order signs appearing at least once a day or every other day.

In a statement, Castilian management said their service partner has taken steps to improve the performance of their elevators, which they say are maintained properly and are up to code.

“The Castilian is committed to delivering the best possible service to residents and visitors of our communities, and we take inquiries of equipment reliability seriously,” management said.

Goldman said the first 10 floors of the highrise are student parking, which attributes to its slow elevators.

“You basically don’t have a choice but to use the elevators since everyone lives on floor 10 or higher,” Goldman said. “Even if you’d want to take the stairs, it’d take you longer to do so. You just have to suck it up and live with the slow elevators.”

Allie Runas, West Campus Neighborhood Association chair, said buildings with higher volumes of residents are likely to break down, but it takes recognition and discussions for student residents to address the issues.

“We’re so focused on our full-time jobs as students that everything else can just be dealt with,” Runas said. “‘I’m just gonna put up with it, I’m only here for school.’ That’s how we end up with a lack of infrastructure and not enough attention being given to problems that students shouldn’t have to deal with.”