Longhorns prepare to take on Blazers 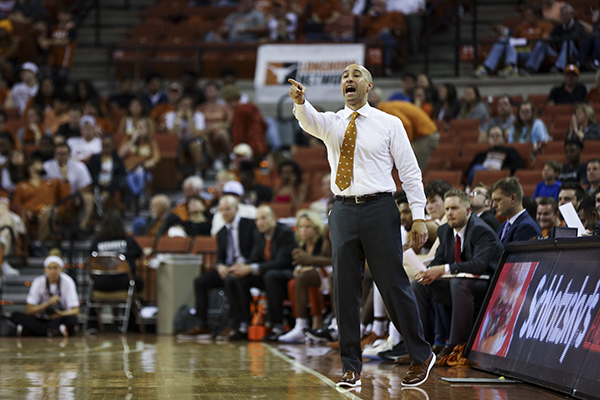 The first month of the 2019-2020 college basketball season is in the books, which means teams are evaluating and determining which areas need work after an offseason of practices, scrimmages and several regular season games.

For the Longhorns, finding consistency has proven to be a large obstacle. From half to half, different versions of the team have been present, both on offense and defense. Texas has gotten away with it through its first seven games, but the team needs improvement moving forward.

“A lot of times early in the season, you’re better on one end than the other, from one game to the next,” head coach Shaka Smart said. “But obviously, to beat the best teams on our schedule, we have to be excellent on offense and excellent on defense and certainly working on gaining consistency on both of those ends.”

The first chance the Longhorns will have in December to begin working on that consistency will be against the University of Alabama-Birmingham Blazers on Tuesday night. The Blazers are coming off of a game against then No. 9 Kentucky, where they lost by only eleven points. With a more physical playing style, Texas will need to be ready to compete.

“I think first and foremost it starts with being the more aggressive team,” Smart said. “UAB plays with physicality and just came off playing against Kentucky, so there’s no fear coming in here and playing. Our focus has to be on being the best version of us.”

That best version will need to include more possessions getting the ball into the paint. This season, shooting has been inconsistent from game to game, with the team’s best shooters struggling to find a rhythm.

In the last game, guards redshirt sophomore Andrew Jones and junior Jase Febres shot a combined 28 shots from the field, making only nine between them. Other players such as sophomore guard Courtney Ramey and junior guard Matt Coleman have had dry spells at times this season, leading to slow starts and close finishes.

“It’s been proven that when you get the ball in the paint, whether it’s on the dribble, on the pass, or an offensive rebound, you just score more points per possession,” Smart said. “That’s been something that we’ve spent a lot of time on.”

Texas will need to take insights from the first seven games of the season and apply them to the next seven, including games against UAB and Texas A&M next week in Fort Worth. If it can build on their 6-1 start, this can be a special season for the Longhorns.

“We learned a lot of lessons in November,” Smart said. “A lot of areas where our guys have showed glimpses of who we can be as a team and who each of them can be as individual players. Now it’s a matter of putting together a consistent 40-minute effort as a team on both ends of the floor.”