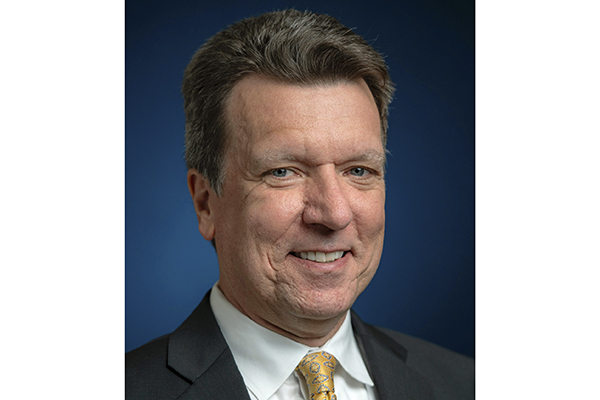 A UT history associate professor will fill the directorial position at the Lyndon B. Johnson Presidential Library next semester following an eight-month-long selection process.

Mark Lawrence will assume the position on January 5, 2020. He will be the library’s sixth director since its establishment in 1971, said Mark Updegrove, LBJ Foundation director. He said Lawrence will be taking over for Kyle Longley, who served as director for six months.

“I can think of no one more fitting than Dr. Lawrence to head the library and museum of the ‘Education President,’” said U.S. Archivist David Ferriero, who oversees the National Archives and Records Administration, in a statement. “With his extensive knowledge of the 1960s, proven scholarship and experience in museum design and planning, Dr. Lawrence is uniquely qualified to lead this Library and Museum.”

“I have a pretty good knowledge of how archives work and how to manage the processing, digitization and classification of source material,” Lawrence said. “The curatorial dimension of the job is something quite familiar to me as well.”

Updegrove, a former director of the library, said Lawrence’s expertise on the 1960s, the Vietnam War and the period during and surrounding LBJ’s presidency makes him well-suited for the position.

“He is an extraordinarily well-respected scholar,” Updegrove said. “We couldn’t be happier with the selection of Dr. Lawrence as the next director of the library.”

The LBJ Library is one of 14 presidential libraries across the country, overseen by the federal government, Lawrence said.

“It’s the central repository of the record of the Johnson administration, which is one of the most consequential periods in American history,” Updegrove said. “Without the archive housing those records, they would be scattered to the wind.”

Lawrence received the job offer in October and said he was pleased with the outcome.

“For me personally, it’s a bit of a new departure,” Lawrence said. “But this is a great opportunity that will enable me to continue doing a lot of things that I already do and really enjoy but will also entail some new challenges.”