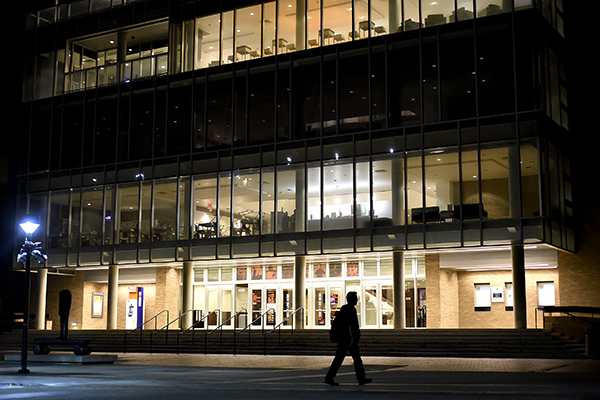 The UT System Board of Regents increased funding for staffing at various University concert halls during its meeting last month.

Stage Alliance provides theatrical stagehand staff for performances and events at concert halls around Austin, including Bates Recital Hall and Bass Concert Hall. The funding for the alliance increased from $2,700,000 to $10,000,000 after the vote.

Rachel Durkin-Drga, interim director of Texas Performing Arts, said this increase was necessary to adjust to the increase in need for staffing, which the original terms of the contract did not cover. Durkin-Drga said the alliance will also be using the money to pay their employees a higher wage, but the total sum might not be spent.

“The value of the contract needs to cover the total possible amount of money that could be spent in using Stage Alliance services over the entire period of the multiyear contract,” Durkin-Drga said. “The original dollar figure was too low and was intended to cover only a portion of the contract term.”

Stage Alliance president Don Driscoll said they almost ran into labor shortages when “The Tonight Show Starring Jimmy Fallon” taped at Bass Concert Hall on Nov. 7. When the show was scheduled, he said there were other events happening in other concert halls, and they found themselves shorthanded.

“(The issues) were because … they kept adding staff towards the end of the event,” Driscoll said. “The staffing needs for such an event were incredibly large. Trying to pull all of those resources together in a short amount of time was difficult and costly.”

Durkin-Drga said a labor shortage may require more time to complete the work, as the safety of the work may be compromised or tasks may have to be delayed until enough people are available.

“This has not yet happened, but labor shortages ultimately make it more difficult to get the job done,” Durkin-Drga said. “There has been a systemic moving away from jobs in trades working with hands over the last 20 to 30 years. This has led to a diminishing workforce in this field and others.”