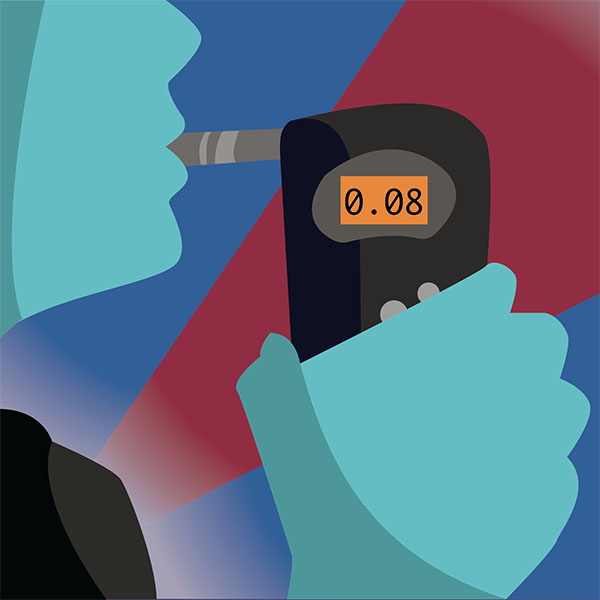 The Austin Police Department announced it will issue search warrants for any drivers who refuse to comply with alcohol detection tests to prevent drunk driving and encourage residents to arrange a ride home during the holidays.

APD will be running the initiative, called No Refusal, every night from Dec. 12, 2019 to Jan. 4, 2020, said APD detective Mike Jennings. He said all drivers can refuse to give consent to a breath or blood test during a driving while intoxicated arrest, but he said during No Refusal, detectives will always apply for search warrants for a blood sample.

“The real goal of the initiative is … awareness and to prevent people from making the decisions to drive intoxicated,” Jennings said. “If they do, then we’re going to provide as much evidence as we can for prosecution in those cases.”

Jennings said APD usually holds No Refusals on holidays and Thursday through Saturday, when people are likely to be drinking.

“Unfortunately in Austin, a high percentage of fatalities and serious injuries have to do with intoxication,” Jennings said.

Jennings said APD has been able to increase No Refusals due to increased funding from the Austin Transportation Department’s Vision Zero program. Vision Zero is an international movement introduced to Austin in 2017, and it attempts to bring the number of traffic fatalities down to zero, according to the City of Austin website.

“The holidays are a time, especially, when folks are attending events, attending parties (or) going to friends’ houses, and they may be consuming alcohol,” said Jacob Barrett, Austin Transportation Department public information specialist. “So, folks can plan their trip and make sure that they are traveling in a safe way. We highly encourage and appreciate that, because it keeps everybody safe on our roads.”

Barrett said impaired driving is a leading cause of serious injuries and fatalities on Austin roads, and he said this led the department to fund No Refusal. He said No Refusal is just one aspect of Vision Zero’s multifaceted approach and said Vision Zero also includes engineering projects to make roadways safer and education campaigns.

Psychology senior Robin Brown said she was more concerned about people driving during weekends at all times of the year than holidays specifically.

“We learned in one of my classes that there is no difference in DWIs during the holidays … but my intuitive reaction is if (APD does) it and if (the department has) the resources for it, then go for it,” Brown said.

The Transportation Department has launched a Get Home Safe page on the city website with resources on how to arrange rides in advance. The site offers maps of overnight parking, ride sharing options and bus routes.

“If you’re going to go somewhere, just have a plan on how you’re going to get back,” Jennings said. “If they came to me at the end of this initiative and we had zero arrests and zero more search warrants written, then that’s exactly what we set out to do.”