Use signs to inform students of native Texas flora on campus 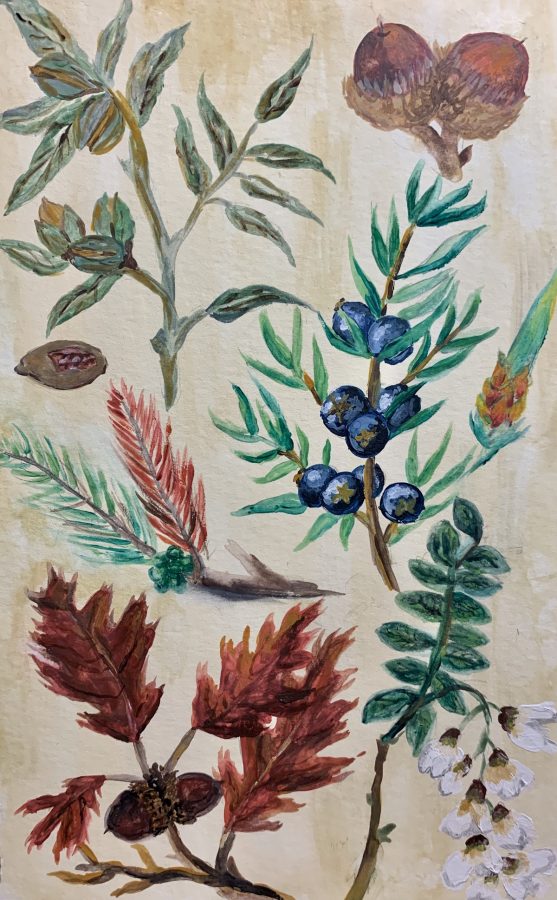 What do Texans love more than Texas? Trick question — the answer is absolutely nothing.

To be fair, Texans have a lot to be proud of. Stars at night, wailing coyotes and prairie skies are all great, but right now I’m going to talk about the sage in bloom and, more generally, Texas’s diverse native plant life.

Texas has hundreds of species of native plants, and UT landscaping works hard to make sure that a cross section of this plant life is constantly on display around UT’s campus. However, many students aren’t aware of the work that goes into this, and fail to appreciate the native plants all around them. To help students educate themselves on the flora around campus, descriptive placards should be installed in specific locations to label and detail the native species in the area.

Walking around campus, plants are everywhere. Along Speedway, around the East and West Malls, even near the dorms. Many People don’t realize that these are all native Texas plants. Just in the West Mall Entrance, students can see nolinas, red yuccas, prickly pears and agaves, among others.

“Even though there are all these diverse species on campus, and all this diverse wildlife, we’re not seeing what’s around us,” government sophomore Meera Sam said. “The UT websites can be a little bit difficult to navigate, but I feel like it would be a good thing to add in so that people can see just how rich and diverse Texas is, especially our campus.”

People are missing out on the plant diversity on campus simply because the information isn’t being presented to them. There are online resources that document a lot of this information already, such as the online UT tree inventory, but because students don’t recognize that they’re surrounded by unique trees in the first place, they don’t seek it out.

“I think it would be super nice to have all the diverse native species laid out,” Sam said. “You tell people about the idea, and they’re automatically like ‘Oh yeah, that’s super cool, and I’d love to see that.’”

While this would be nice to have everywhere around campus, the task poses some challenges.

“It’s something that we have talked about at various times since I’ve been here, and I know it was discussed prior to my getting here,” Jim Carse, manager of Landscape Services, said. “Some of the problems we’ve encountered with trying to do in-place signage are vandalism, damage and the maintenance of keeping up with the signage can get tricky.”

One solution could be if the biology or botany departments implemented this in the areas they curate. The land around the greenhouses, for example, or the turtle pond, are much less expansive than the entire campus and would mitigate a lot of maintenance costs while still presenting the information to students.

“Years and years ago, they did a lot of interpretive signage around the turtle pond, and around the botany greenhouses to the west, and the biology building to the north, and they may be interested in reviving that,” Carse said.

Alternately, Landscape Services could designate smaller, more specific spaces around campus in which to implement this. Limiting it to the West Mall, for example, could still engage students and capture their interest while requiring much less maintenance.

Installing small plastic signs around some of the most diverse areas of campus could really go a long way toward helping people recognize the natural beauty and diversity that surrounds them.

Thielman is a history and rhetoric & writing sophomore from Fort Worth.