Absent-minded director recalls her time at the Texan, feels like home 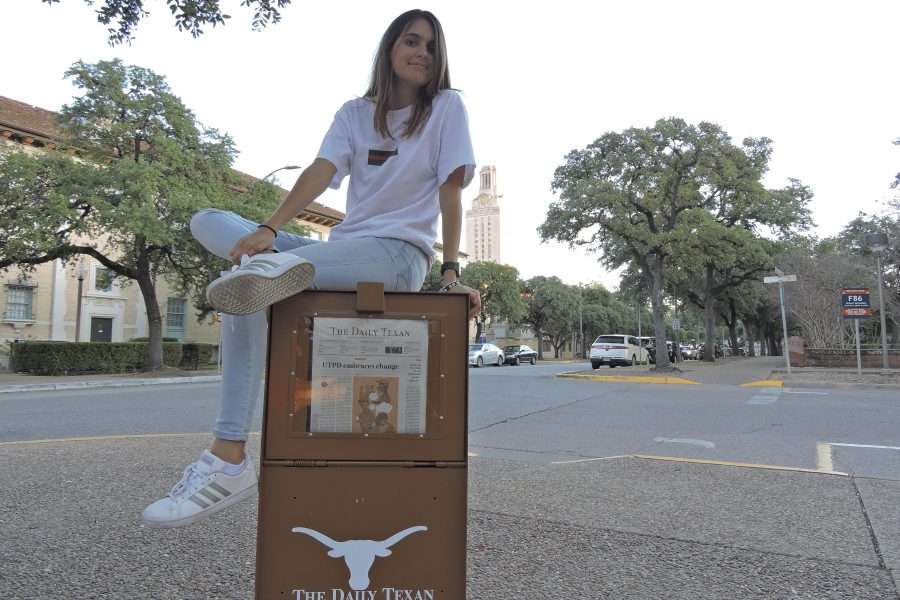 Walking across campus with Spotify on shuffle, I pause mid-step when Jorge Drexler’s “Todo se transforma” starts to play. The song immediately brings up feelings of the love, humor and experiences I left in my hometown of Tampico, followed by the spirit of the phrase, “You gotta start somewhere.”

When does a new place stop feeling like new? Attending a university with 51,000 other students, I thought it would be hard to feel at home — until The Daily Texan opened its doors to me.

I continue my journey towards the office and see myself, the wide-eyed freshman who shortly after interviewing for the University’s newspaper thought “SMH” was a sound, not an acronym. I suppose these are the dangers of hiring a first-year international student for a social media role. “Shaking my head” is the correct way to describe my quest holding up a 2010 MacBook for over a mile livestreaming a University protest from a phone that had no battery.

For three years, I grew trying, searching, finding and not giving in. Learning from Alex, Forrest and Stephanie, I developed the skills needed to build a digital presence and write engaging content. I directed livestreams, developed threads and crafted material for panel discussions with students, lawmakers and media professionals. We did The Ellen DeGeneres Show’s visit to campus and Beto O’Rourke’s town hall. See? It was fun, too.

Seeing myself grow from an issue staffer to a department head speaks volumes to how much one can learn from the people working around you. Year after year, I kept coming back because the Texan has an undeniable allure — its people.

Alex, Megan, Taylor, Mauricio, Peter and the rest of the team: Thank you for making these past three years meaningful.

To everyone I worked with and learned from during these years, thank you for the passion for what you do. No matter the role or department, the work you do is important. And the world needs you.

The song’s coming to an end as I walk past HSM, past the Texan staircase and past a couple of square-shaped orange boxes holding newspapers produced by the most uncanny, driven people I think I will ever meet.

College is never easy, but finding my place at the Texan made it all worthwhile. Down the line, I know I’ll walk again past these orange boxes, past someone in a gray Texan sweatshirt or past those awful stairs and think to myself …  “What a journey.”