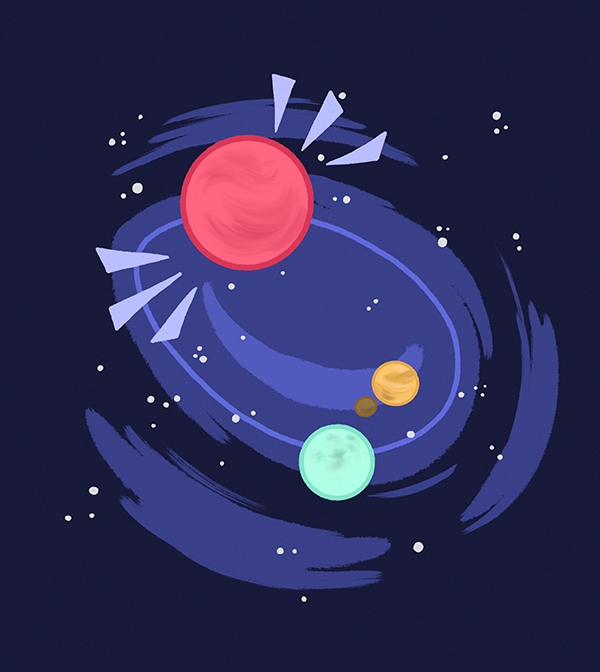 A team of NASA scientists, including a UT researcher, discovered an Earth-sized planet in the star’s habitable zone, according to a College of Natural Sciences press release published on Jan. 8.

Star system TOI 700, located a little more than 100 light-years away from Earth, consists of an innermost planet, middle planet, outermost planet and a cool M dwarf star the planets orbit. CNS research affiliate Andrew Vanderburg said NASA’s newest planet hunter, Transiting Exoplanet Survey Satellite (TESS), determined that TOI 700 d, the outermost planet in the system, orbits far enough away from the star to have the temperature needed to hold water on its surface.

“We’re interested in planets like this because we want to see if life on Earth is unique or if it could have developed elsewhere in the galaxy,” Vanderburg said. “Finding these planets is one of the steps toward making that discovery.”

TESS observes the sky 27 days in a row for changes in light resulting from a planet’s movement across the front of its star. After the results were released online for the public, a high school student working with Vanderburg identified an error that described the planets as larger and hotter than they really were, the release said.

“In the report for the system, it turns out that one solar radius and one solar mass were being used to determine the radius of the planet,” said Alton Spencer, a Danbury High School senior from Connecticut. “They initially looked way too big to be habitable. They were 2.5 to 5.5 times the size of Earth.”

NASA’s larger Spitzer Space Telescope confirmed the existence of the planets by taking bigger measurements of the star.

“Spitzer is another telescope that NASA launched a while ago, about 20 years ago, and it is bigger than TESS so you can collect more light and make more precise measurements of the brightness of the star,” Vanderburg said.

Emily Gilbert, a NASA team member, said the team will continue to study TOI 700 for another year to better understand whether the planets are rocky like Earth or covered in helium like Jupiter.

“We are excited for TESS to observe TOI 700, which will allow us to study the system even further,” Gilbert said. “We can get better constraints on star and planet parameters, look for gravitation effects of planets interacting and see if there may be any other planets in the system.”