Catnip to lightsabers: Guide to films released during winter break 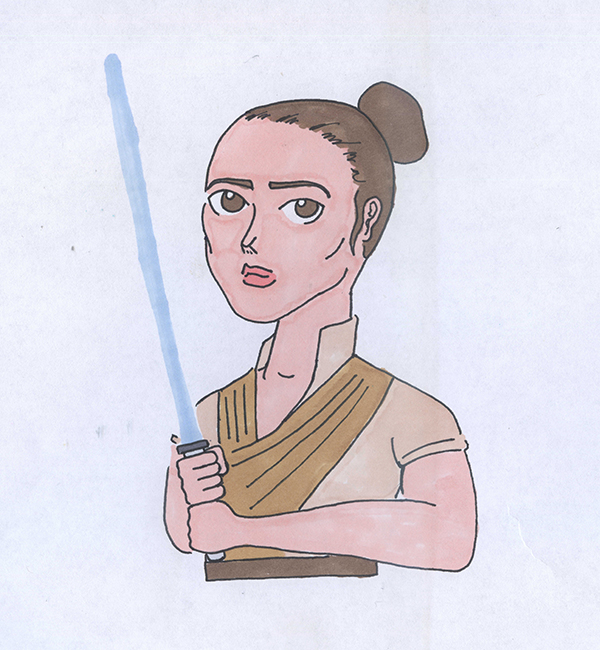 As UT closed its doors for the winter session, cinemas were bombarded with new films ­— some box office hits and a few disappointments. The Daily Texan has put together a review recap for some of the frosty flicks.

Star Wars: The Rise of Skywalker

Director J.J. Abrams ushered in the Skywalker saga’s ninth and final episode. “The Rise of Skywalker” saw Rey venture against the final test in her journey to become a Jedi while supreme leader Kylo Ren struggled with his own legacy and orders from returning villain Emperor Palpatine. The film feels just as grand as any of the previous films, featuring the scariest depiction of an antagonist in the series. The moral dilemma of Rey and Kylo is beautifully mirrored through their personal journeys, culminating in an epic conclusion that feels powerful, rewarding and heartbreaking. Casual fans of the iconic Star Wars adventures will be more than pleased with yet another high stakes, visually striking and enjoyable visit to a galaxy far far away.

“Cats” is an adaption of Andrew Lloyd Weber’s play of the same name, which is based on the writings of T.S. Eliot. While the plot of the experience still seems shrouded in ancient mystery even after seeing it, we’re pretty sure it follows a cat named Angelica who is introduced to a large group of felines who call themselves “Jellicles.” Each year, the cats hold a competition in which they select one of their own to travel to the “Heaviside Layer,” which may or may not be kitty heaven. We have no idea what a Jellicle cat is, but there sure are a lot of them. Most of the narrative is composed of musical numbers that introduce the various Jellicles and all of their wonderful traits. “Cats” features an uncomfortably entertaining star-studded cast of celebrities — Taylor Swift, James Corden and Idris Elba, to name a few — and a few catchy musical sequences, but the nightmare-inducing human cat hybrid effects will certainly affect audiences profoundly. “Cats” may not be a narrative masterpiece, but it will surely be remembered for all of the right and wrong reasons.

Writer April Wolfe and director Sophia Takal conjured their own reinvention of the iconic 1974 Christmas horror film “Black Christmas.” This new iteration of the chilling winter tale follows a group of sorority sisters who fend off a terrifying attack from an army of cloaked stalkers spawning from a menacing fraternity house. “Black Christmas” features several unsettling shots, haunting set design, a killer musical performance and some wonderfully fun action sequences. The overall narrative is not super strong, often following a straightforward slasher arc and throwing the subtlety of the original film out the window. The performances are suitable for the film, and it’s refreshing to see strong female protagonists played by Imogen Poots, Aleyse Shannon, Lily Donoghue and Brittany O’Grady in a mainstream blockbuster. “Black Christmas” is your classic helping of entertaining PG-13 horror, offering a bit more of a clear-cut and relevant message.

“1917” is an extremely ambitious and heartbreaking war adventure from director Sam Mendes. The film follows a duo of young soldiers, played by Dean-Charles Chapman and George MacKay, who are sent on a treacherous mission to deliver a critical message across enemy territory. What follows is a masterclass in suspense and cinematography. Edited to seem like one continuous shot, “1917” transports audiences directly onto the battlefield, refusing to allow any breaks from the constant fear of danger. Compared to other war epics, “1917” emphasizes the suspense and terror of lurking on the battlefield as opposed to the explosive action found in most blockbusters. At times, “1917” truly felt more like a horror film than an action thriller. The nail-biting sequences of the soldier duo exploring the grisly remains of no man’s land will surely evoke terror for audiences worldwide.