After years of advocacy, halal food is introduced in University dining halls 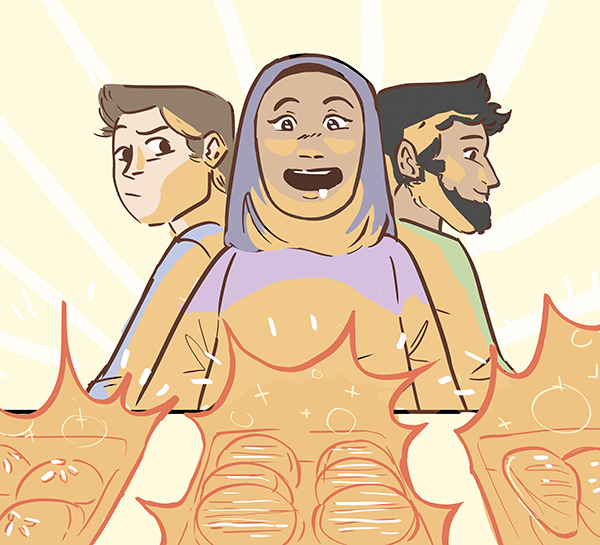 Halal options became available on Tuesday following years of advocacy from the Muslim Student Association, said Syeda Maryum Qadri, a radio-television-film senior. The MSA worked with University Housing and Dining to make this change, she said.

“I was so fed up eating grass every single day in that dining hall,” Syeda M. said. “I was so tired. And now my friends are able to go in and order a meat option. That’s just crazy.”

According to the USA Halal Chamber of Commerce, halal is an Arabic word which means lawful or permissible. It is the dietary standard referring to food as outlined in the Quran, the Muslim holy book. Biology junior Ammar Abed said the preparation of halal meat, which is slaughtering an animal in a humane way in accordance to the Islamic faith, sets it apart.

“The very basic principle behind it is to just treat the animals with respect,” Abed said. “Obviously, a lot of us are meat eaters. We enjoy eating meat, but that doesn’t mean we can just do whatever we want (and) just disrespect the animal.”

Syeda M. said she emailed UHD last January and asked for a refund for the dining portion of her housing and dining bill. She said she did not receive a refund.

“I was like, ‘Hey, can I get my meal part reimbursed because I’m not eating the right amount of food, because y’all don’t serve halal,’” Qadri said.

Syeda M. sent out a survey to MSA members asking if they would support halal options in dining halls, and received approximately 140 positive responses. She sent the survey responses to UHD to prove offering halal food was worth the cost and effort.

Erich Geiger, senior director of dining and catering for UHD, said the main problem with offering halal food on campus is sourcing. He said UHD has not been able to find a local Austin supplier yet, and is currently working with a vendor in Houston.

“This is a project that just takes diligence,” Geiger said.

Geiger said the UHD dietician holds monthly meetings with various student groups to see what options they would like added to dining halls.

“We’re constantly looking for feedback and input about the program,” Geiger said. “We want to reflect our students.”

Starting in October 2019, Abed said MSA participated in the Student Committee for Dining Diversity, a series of meetings scheduled with UHD to discuss the logistics of offering halal food on campus. During the meetings, Abed said they found a compromise.

“We want to work with (each other), make it something that’s best for all of us, so that the students have a good experience, but also not inconvenience the staff too much,” Abed said.

Syeda M. said she is glad she persisted.

“Just seeing this, almost a year and a half with the work of mine, and years worth of work (from) the previous Muslim students here on campus has finally become possible,” Syeda M. said.