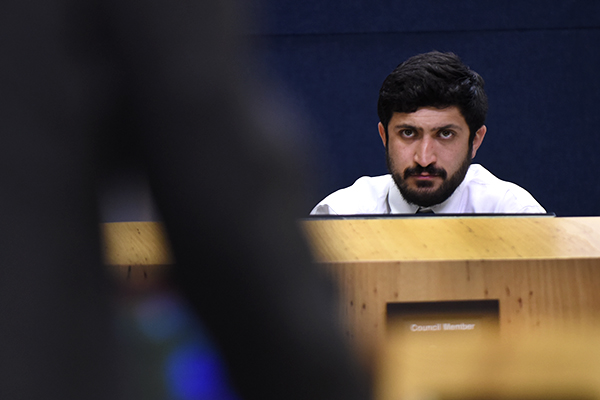 Last year, House Bill 1325 legalized hemp and defined illegal marijuana to contain more than 0.3% of THC, the psychoactive ingredient that produces a high. The passed resolution will stop funding THC testing for low-level marijuana offenses. The sponsors of the resolution, led by council member Greg Casar, say enforcement of low-level marijuana laws is not a safety priority of Austin residents.

“Spending extra dollars to pursue these low-level cases not only isn’t right, but actually makes us less safe because that instability in people’s lives is part of what drives lack of safety in our community,” Casar said.

Casar said Black and Hispanic people received 84% of citations for marijuana in Austin in 2019, according to data from the Austin Police Department. He said this resolution acknowledges the city’s racial equity issues.

“The war on drugs has always been a racist and classist institution,” said Todd, international relations and Latin American studies senior. “In areas that have more people of color like East and Southeast Austin, there are more low-level arrests.”

The city of Austin must train officers to end arrests and citations of personal possession of marijuana and update its guidelines by May 1, according to KVUE. APD will still prosecute offenses involving large amounts of marijuana.

“This is something that should have been ended a long, long time ago,” said James Lee, UT Students for Sensible Drug Policy co-president. “I don’t know why we’re wasting so many resources on something that’s harming nobody.”

According to data obtained by Lee from the University open records office, about 180 drug offenses were recorded by UT Police Department in 2018. A hundred of those offenses were for possession of less than 2 ounces of marijuana.

“Half of all of the drug offenses they deal with are possession of low amounts of marijuana,” said Lee, philosophy and sociology senior. “Some of those people are arrested, but most of them are fined, so they’re making a lot of money from them.”

Regardless of the resolution’s outcome, UTPD said they will continue to follow the state law when it comes to the prosecution of marijuana.

“UTPD, as (a) state agency, is not guided by any city policy,” UTPD Chief David Carter said. “Any policy, resolution or ordinance the city passes only applies to city police entities.”

Casar said although this resolution does not change state law, it reprioritizes the enforcement of marijuana cases and helps push toward the elimination of all penalties.

“It’s important for folks in the community to know that there is still work to be done at the state legislature … where decriminalization and legalization can happen,” Casar said. “I believe we are on track to getting there and this is the furthest the City Council can go to just absolutely minimize our resources to this thing that has been hurting folks for too long.”