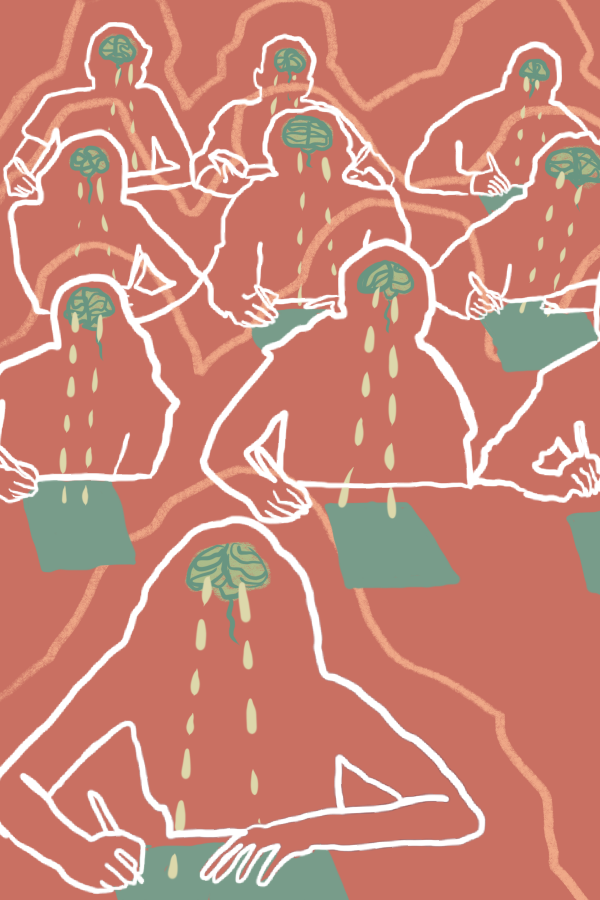 In 1955, UT-Austin administrators made an important calculation.

It was the year after Brown v. Board of Education, and UT was finally forced to integrate its undergraduate program. According to state demographics at the time, proportional representation would mean allowing 300 Black students into the incoming freshman class of 2,700.

However, the senior faculty and administrators refused to let that happen. Instead, they took a different strategy, adopting an admissions policy that remains partly in place today.

By including standardized test scores as a required part of admissions, 74% of Black students didn’t make the cut, “result(ing) in a maximum of 70 Negroes in a class of 2,700,” according to the report made at the time.

UT adopted standardized testing in admissions because they wanted to keep Black students out of the Forty Acres. To make up for the past and current institutional discrimination imposed by this policy, UT should adopt test-optional admissions, removing the requirement that applicants submit their SAT or ACT score.

It’s an unfortunate reality that UT-Austin is still not fully integrated, even 56 years since Brown. African Americans make up 13% of the Texas population, yet only 4% of students at UT are Black. Texas is 40% Latinx, but only 20% of the UT population is as of fall 2018.

It’s also a proven reality that standardized tests discriminate against students of color. The SAT was invented by a eugenicist who created it to uphold presumed racial hierarchies. On average, the SAT scores for Black and Latinx students are below white students, which can largely be attributed to racial inequity.

Students of color often do not have the same access to the expensive test preparation courses, tutoring or high school support systems that many white students enjoy. Furthermore, studies have shown that cultural and linguistic differences can result in lower scores on the verbal portion of the exam.

Differences in test scores among racial groups can also be attributed to stereotype threat, a phenomenon that causes students who experience negative stereotypes to do worse on exams than those who experience positive ones.

This inequality that results in lower success on the SAT is the exact same inequality perpetrated by UT administrators in 1955, when they restricted Black students’ access to higher education. There are other metrics besides standardized tests on which we can judge student success.

“The standardized test score is one of the pieces of information considered in our holistic review, in combination with all application materials, to inform our understanding of a student’s preparation for success for each student’s program of interest,” Miguel Wasielewski, executive director of admissions, said in an email.

Other information included in the holistic review includes class rank, academic background, accomplishments and awards, essays, recommendations, and special circumstances such as race and socioeconomic status.

“We will continue to consider test scores as part of our admission review process, as one of the many factors considered, in support of our commitment to student success,” Wasielewski said.

While test scores are only one of several factors considered, UT’s diversity statistics show that the system simply isn’t working. Making test scores optional would still leave many other metrics to judge student potential without maintaining a discriminatory policy. It will also show a commitment to repairing the damage already done by UT’s standardized test policy, which kept Black students out of higher education and promoted the cycle of discrimination that makes it more difficult for students of color to succeed to this day.

More than 1,000 universities are test-optional. If UT truly has a “commitment to student success,” adopting a test-optional policy will help ensure that all students, no matter their economic or racial background, have the opportunity to succeed on the Forty Acres.

Springs is a government and political communication sophomore from Dallas.