Australian UT students cope with bushfires back home while in Austin 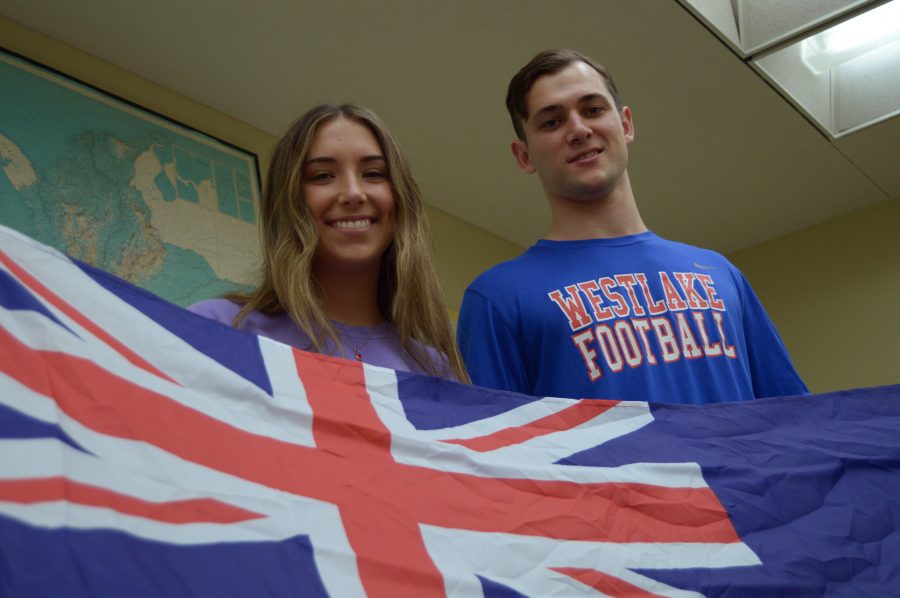 When Liv Kohan and Liam Wilson waved goodbye to their families in August and each hopped on a plane to Austin, they saw blue and cheery Sydney skies. During their return to Australia over winter break, they were met with an entirely different sight.

“When I was landing, I thought we were just going through the clouds,” undeclared freshman Kohan said. “But the clouds didn’t stop, and I realized it was all smoke. Now our skies aren’t blue anymore.”

An estimated 25.5 million acres in Australia have burned since September , and two months of fire season still remain.

Both Kohan and Wilson live near the Sydney Harbor, where they said the normally carefree region is now covered in a layer of ash, and people are being advised to only go outside with P2 face masks.

“When I first touched down in Sydney, there was smoke everywhere,” said Wilson, a biochemistry and finance exchange senior. “I’ve never seen anything like that. Smoke and ash (were) flushing down from hundreds of miles away and blanketing the city.”

Kohan said she remembers looking out the windows when she was younger and seeing smoke in the distance. But she said she knew the smoke was from nearby controlled burning — a highly debated process of deliberately burning an area in order to prevent future severe fires.

From the first time she saw news coverage of a forested area near a Sydney beach burning in August to now, Kohan said the scale of the fires and the effect they’ve had on the animal population, shocked her and her family.

“People don’t realize how many (animals) can be in small vicinities of forests that are being burnt,” Kohan said. “Not just koalas and kangaroos — there’s also dingos and little things like sugar gliders opossums.”

“The global community has been banding together to raise awareness and funds, but the efforts only started four or five months after the fires had been burning and had already done so much damage,” Wilson said.

Wilson said his grandparents live in a rural area north of Sydney and have almost evacuated several times. When he visited them, Wilson said the temperature was 100 to 110 degrees Fahrenheit and he could barely see 60 feet in front of him.

“If you have any respiratory problems at all, you can’t go outside because the smoke is really bad,” Wilson said. “My grandfather had to be on oxygen because of the smoke that was managing to work its way inside the house.”

David Mohrig, an associate dean for research for the Jackson School of Geosciences, said the concentration of ultrafine particles in Sydney’s air are the equivalent to smoking 37 cigarettes.

“In the previous year, Australia had record heat and droughts,” Mohrig said. “(This) increases the likelihood of triggering a bushfire.”

While he is confident his family will evacuate if necessary to remain safe, Wilson said it’s still difficult to feel so far removed.

“(My) home is almost being completely destroyed by these (fires), and I’m overseas basically doing whatever I want while my family is over there in these drastic conditions,” Wilson said.

Kohan said the uncertainty of Australia’s future and the continuation of the fires concern her. Back home, she said her community collected donations to support struggling families.

“I feel a bit helpless coming back (to Austin),” Kohan said. “People are dying, and the scale of it is enormous. (There’s) a lot of recovery, too. Because it’s not just now but in the years to come because people have lost their homes and are going to have to rebuild from scratch.”

As Wilson and Kohan settle in for their next four months at UT, they said they hope the state of their home country will be different the next time they land in Sydney.

“Australians have so much pride and joy, especially in the animals and land,” Kohan said. “I don’t want Australia to change.”