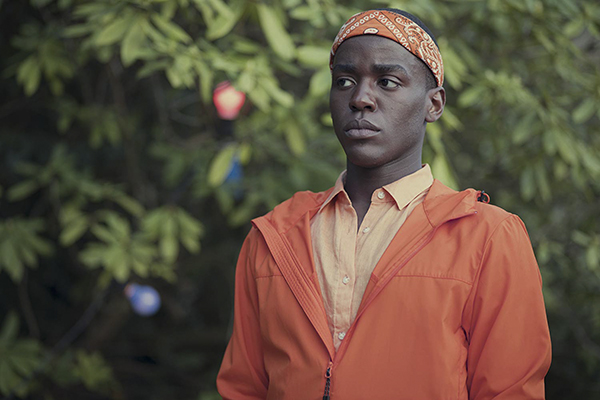 One week into the semester and you’re already procrastinating. If you’ve already fallen behind on homework or aren’t quite ready to start that term paper yet, here are some top picks from The Daily Texan, both new and old, to stream until your motivation returns. Some of these are short and snappy, while others are long enough to fill an evening willfully ignorant of responsibility.

The focus of “Sex Education” is a secondary school-aged young man, Otis, whose mother is a sex therapist. After eavesdropping on his mother’s conversations with her clients, Otis becomes a proxy sex therapist for his friends, whose pubescent sexual lives and relationships rival those of his mother’s clients in voracity and complexity.

If you’re a fan of stories about secret societies, “Ares” is the show for you. The short horror series follows a college student who desires to become part of Amsterdam’s elite. However, they get far more than they bargained for when they discover the secret society they’ve joined has a violent secret.

For a town with only 5,000 people, Letterkenny sure has a lot of problems. Join brother-sister duo Katy and Wayne, along with their friends Squirrely Dan and Daryl, as they navigate the many issues modern life presents for their small-town life on the family farm. This show is filled with witty banter and crass jokes — if that’s your thing, grab some snacks and settle in for some antics.

An adaptation of Aaron Mahnke’s critically acclaimed podcast exploring real-life stories which have inspired the most wild of nightmares, “Lore” is a horror anthology fans won’t want to miss. The series is animated, blending the storytelling capabilities of Mahnke’s podcast with powerful visuals.

In for the long haul

In an effort to achieve her dreams of being recorded on NASA’s Golden Record, a woman in 1977 rural Georgia puts together a group of “Birdie Scouts” in hopes of winning a competition. Featuring Viola Davis, Mckenna Grace and Jim Gaffigan, this film promises laughs as well as an unconventional plot.

The instant cult classic A24 film “Midsommar” is available on Amazon Prime Video. If you weren’t able to catch the cultural phenomenon in theaters, now is as good a time as any. The film follows the story of a couple traveling to a Swedish midsummer festival for academic research, where they become involved in an ominous ritual.

As Olivia Wilde’s directing debut, “Booksmart” features Beanie Feldstein and Kaitlyn Dever as overachievers on the cusp of graduating from high school when they realize they’ve completely missed out on several rites of passage. Cramming four years of can’t-miss fun into one night, the girls learn there’s more to life than being booksmart.