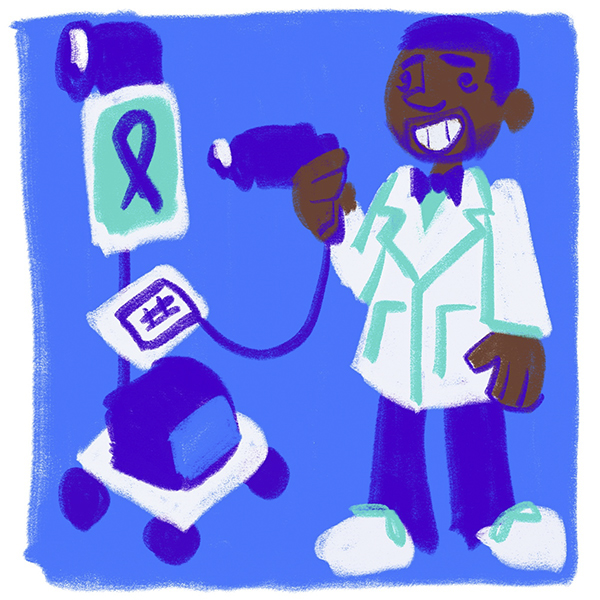 FotoFinder uses artificial intelligence to track and identify cancerous moles from photographs it takes of patients’ bodies, said Dr. Adewole Adamson, a UT Health Austin dermatologist. UT Health Austin is one of the only two providers in Texas with this technology, according to a UT Health blog.

“For patients that have a lot of moles, it’s really hard to keep track of how moles change over time,” Adamson said. “It’s hard for your doctor to figure out year-to-year which moles are changing, which moles are new and the different hallmarks of potential skin cancer.”

Adamson said FotoFinder can map moles over time so doctors can determine what has changed.

“Where AI comes to play is, for really suspicious moles, I could use something called a hand-held dermatoscope, a really, really high-resolution magnifier camera that can take photos of the moles in a rich way,” Adamson said. “The system can perform an analysis called a ‘mole analysis’ to give me a score as to whether something is concerning for melanoma, which is a type of skin cancer, or not.”

James Tunnell, an associate professor of diagnostic medicine and oncology, said mole analysis can be a lengthy process, especially for high-risk patients who need a diagnosis faster.

“The way it works right now without FotoFinder or an imaging tool, the dermatologist looks over someone’s entire skin and looks for moles that they think are dangerous,” Tunnell said. “For someone that is high risk, they might have many moles, potentially hundreds of them, which is very time consuming. If you have a tool where you can take pictures and have AI, it could potentially speed up the process.”

“There’s always the worry of it missing something, but I guess in some ways it could even be a better tool than the human eye,” Carreno said. “If it’s programmed for specific shapes of moles or skin discolorations … it could be better than a human eye for looking at someone.”

Adamson said he is trying to study AI more to see if it can actually help patient outcomes.

“AI has taken a while to make its way in (health care), but now with better computing power and a lot of electronically available data, some of the power from AI can now come to bear in health care,” Adamson said. “I’m still in the studying phase and I hope that as I develop my clinic, I can find ways to use it in a beneficial manner.”