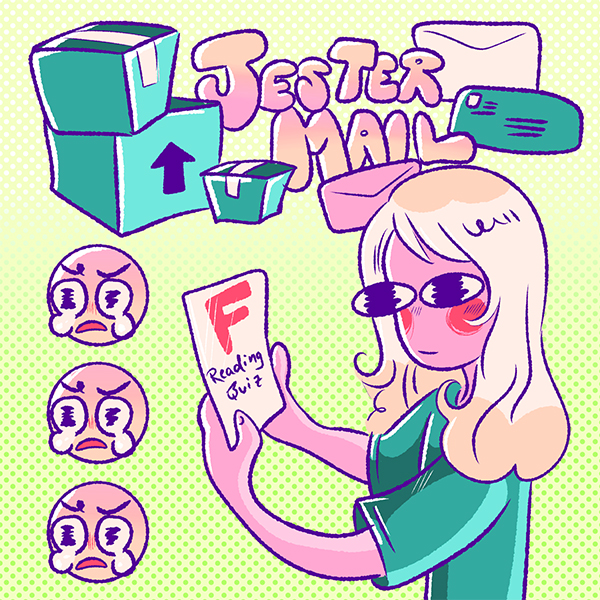 Students can expect delays on early semester shipments due to an increase in packages at the Jester Mail Center said JD Castro, the assistant director for residence life at UT.

Jester Mail Center typically takes about an hour to process packages and email students for pickup but at the beginning of semesters, processing may take up to a day or more, Castro said. Many students order books for their classes, which end up at the few mail stations on campus.

Psychology sophomore Joiada Munoz said she was frustrated Jester Mail did not get package processed after Amazon sent the delivery confirmation.

“I’m new, so I don’t know how it works, but I was frustrated about not receiving my package in time,” Munoz said. “It’s different when you get it from Amazon directly versus getting it from the Jester Mail. Amazon tells you the exact date and time, and it’s usually dropped off then. You don’t have to deal with like a secondhand person.”

Castro said Jester Mail doubles their staff at the start of the semester to help assign tracking numbers, log and handwrite names on packages and get them to students as fast as possible.

“Students might be feeling that it’s especially backed up because they’re used to Amazon giving them a notification that it arrived that day,” Castro said. “But we still need to make sure that we process it through our system.”

Although students may receive a delivery confirmation from the company they ordered the package from, they can only access their packages after Jester Mail sends them a confirmation email.

“Every year, there are more and more packages that come because we (order online more) instead of going to the store, so every year it’s just been increasing,” Castro said.

Castro said Jester Mail cannot do much to expedite package processing for students with impending quizzes or assignments, but staff will look into packages held for more than a couple of business days.

“We’ll take down their information to make sure that we have collected the package,” Castro said. “Maybe, they said that was supposed to be here a while ago and it just hasn’t been logged. We’ll definitely take a look into those … special cases and really make sure that we give a response back as soon as possible.”

Castro said the busy season subsides in February, except for a short surge for Valentine’s Day. As of Friday, Jester Mail caught up with the week’s shipments and was processing packages within the day, Castro said.

“We had assigned readings to start reading the introduction and the first chapter … and I wasn’t able to until I got the book, so I was doubled (up) on reading,” Noon said. “It was stressful, but it’s a small stressor that (made it) just a little overwhelming to have to catch up.”