‘To All The Boys 2,’ ‘Narcos’: Here’s what’s coming to Netflix in February 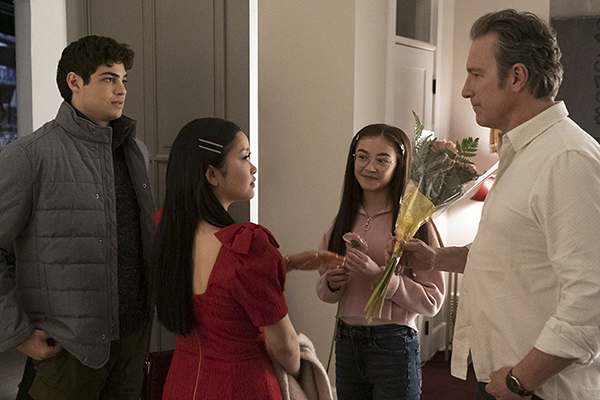 Netflix is pushing a horde of new releases for the month of February. Whether you’re looking for some comic relief or a new favorite for Valentine’s Day, there’s plenty of offerings rolling out through the month.

The Daily Texan rounded up Netflix’s scheduled releases for this month to make finding your next obsession or filling out a Friday night marathon that much easier.

This comedy special featuring Tom Papa reminds viewers that it’s okay to be where you are in life, moving at your own pace in a world moving ever quicker. As responsibilities and obligations pile up, Tom Papa is here to tell you, “You’re doing great!”

After losing his son in 1999, a small-town pharmacist hunts down his killer to bring him to justice in this documentary series. However, when he begins to see people who don’t need OxyContin filling prescriptions for the drug, he takes the fight straight to Big Pharma.

The series is an adaptation of the comic book series of the same name created by Joe Hill and Gabriel Rodriguez. When the Locke family loses their father, they move into Keyhouse, their ancestral home. The house is full of magical keys with special powers, which the children use to accidentally summon a demon whose goal is to steal the keys.

This psychological drama shows Alison Brie as Sarah, a girl who prefers the company of horses to that of people. After a series of strange dreams, Sarah finds the line separating reality from imagination grows ever thinner.

As a sequel to the 2018 streaming hit “To All The Boys I’ve Loved Before,” “P.S. I Still Love You” catches up with Peter and Lara Jean’s growing relationship as another recipient of her old love letters comes out of the woodwork.

The second season of “Narcos: Mexico” picks up where the first left off, as Miguel Ángel Félix Gallardo struggles to maintain control of the Guadalajara cartel. As the death of a DEA agent complicates his leadership and makes him the target of an investigation, the cartel is made even more unstable and volatile.

In the latest installment of Shaun the Sheep’s wiley stop-motion adventures, Shaun befriends an alien and endeavors to keep him safe from the government.

This dramatic comedy is adapted from a 2017 film which premiered at Sundance. The bilingual series focuses on three cousins as they chase their American dream.

From the director of “The End of The F***ing World,”  “I Am Not Okay With This” follows a high school girl as she grows into her own sexuality and mysterious super powers.

Picking up right where the first season ended, the second season of “Altered Carbon” continues with the lone survivor of an elite clan of space warriors looking for his lost love, while also investigating multiple awful murders.