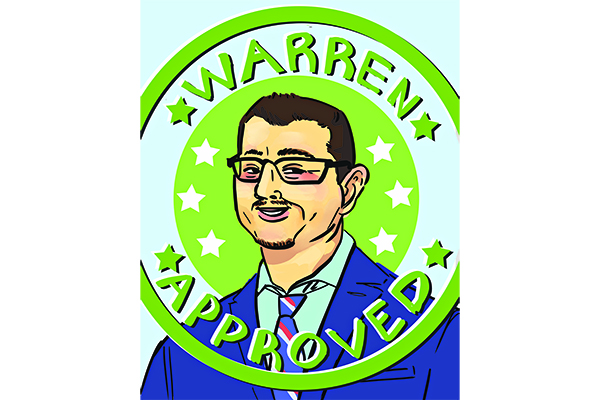 “With José as District Attorney, Travis County will gain another champion in the fight to transform our criminal justice system,” Warren said in a statement to the Austin American-Statesman. “As an experienced public servant with a proven track record of standing up for working families, I know that José will be the fighter that Travis County communities deserve.”

Garza said his campaign is focused on reexamining minor drug possession charges and reducing the number of people being held in prisons who are unable to pay their cash bail. The campaign caught national attention because of the effort his volunteers have put into the campaign, Garza said.

“We were incredibly humbled and grateful for that endorsement,” Garza said. “But our work … hasn’t changed, and we’re still spending the majority of our time every day trying to have real conversations with real voters, trying to spread the word about the issues that are happening in our community.”

Katya Ehresman, a UT Students for Warren member, said the top-down process of endorsements is a new era for national candidates.

“(The endorsement) is really allowing for more focus, more attention and more funding coming from a federal perspective than ever before,” government junior Ehresman said.

“It’s really important for people on a federal level to take the time and encourage people to vote in local elections,” Plan II freshman Evans said. “Local elections are extremely important and actually have the same, if not more, effects than a federal election will on the people in that county.”

Garza said although he is grateful for the endorsement from Warren, he also values endorsements from local groups.

“What I think is equally as important is that this campaign in this movement has also been endorsed by the University of Texas Democrats … and The Young Women Democratic Socialists of America chapter at the University of Texas,” Garza said. “Those are the endorsements every single day that are making a difference in this race.”