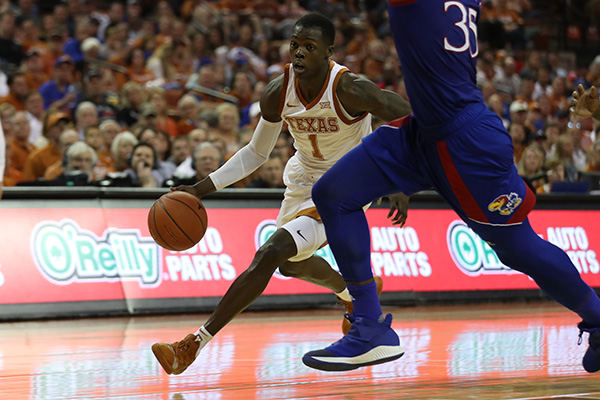 Texas basketball’s midseason struggles came to a head in Jan. 20’s 97-59 loss to West Virginia in Morgantown. It was the Longhorns’ worst loss of the Shaka Smart era.

For a team that has difficulty with mid-game scoring droughts, the sloppy ball handling by Texas sure didn’t help. The Longhorns finished with 18 turnovers, well over their average of 13.5 per game.

West Virginia is traditionally known as one of the top defensive teams in the country — the Mountaineers rank third in defensive efficiency. Their defense plays consistently, plays hard and plays together. West Virginia wreaked havoc for the Longhorn offense. But the rate at which Texas was giving away free possessions allowed the Mountaineers to get out on the break and create easy buckets far too often.

Even when the Longhorns were not turning it over, far too often they were stagnant offensively. A plethora of late-clock jumpers and isolation miscues forced Texas into an early hole that they would never return from. When Texas did find some ball movement and flow, it was too little, too late.

Then on the boards, the Longhorns just didn’t have the effort and intensity. They’ve had their issues in that department all year long, and against the Mountaineers, it reared its ugly head, as West Virginia out-rebounded Texas 30-18 in defensive rebounds.

While the Longhorns still have half of the Big 12 slate ahead of them, they’ll need to leave this one in the rear view mirror.