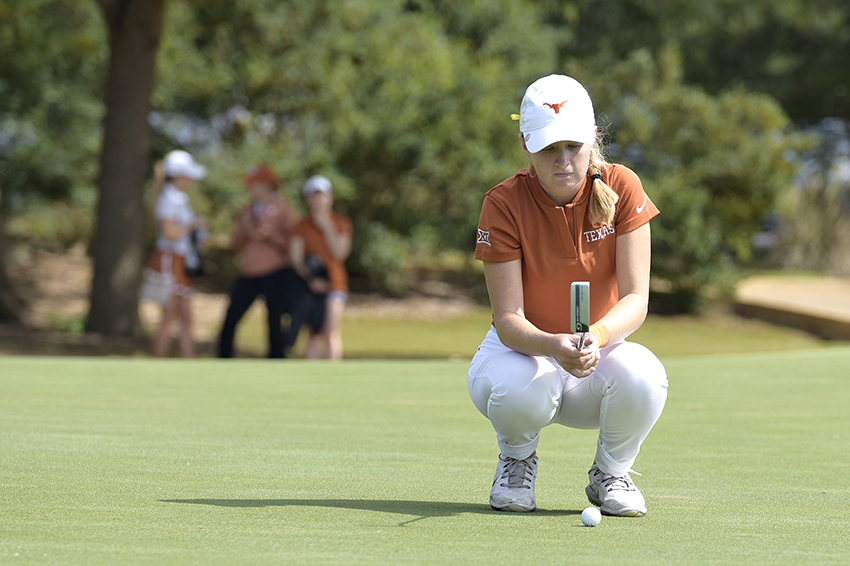 After three straight victories, the No. 1-ranked Texas women’s golf team finally lost its first event in four months, placing third at the Northrop Grumman Regional Challenge. Tough windy conditions made for a challenging tournament at the Palos Verdes Golf Club in California, where only the eventual winner, Duke, would post a score under-par.

“This was a good week for us and a good start to our spring,” head coach Ryan Murphy told Texas Sports. “Overall I’m pleased with this week’s effort and performance.”

In their first event of the spring season, the Longhorns finished eight shots back from the Blue Devils and one stroke behind Southern California. In the five tournaments Texas has played in this season, they’ve only finished either first or third.

The Northrop Grumman Challenge provided a potential preview of the NCAA Championships later this spring, with 13 teams from the field inside the Top 25 of the WGCA poll participating including eight Top 10 teams.

“We played ourselves back into the tournament with our finish in round two and also in our first 10-12 holes today,” Murphy said. “We had a shot at it which, in a field like this, is pretty good.”

Freshman Sophie Guo picked up where she left off in the fall, finishing the tournament at two-under-par and tied for seventh place individually. Junior Kaitlyn Papp was right below her, placing 11th with a one-under-par score. Guo and Papp were among only 11 golfers to finish under-par.

Making her 2019-20 debut, junior Agathe Laisne tied for 18th with a score of two-over-par. Laisne sat out the fall season while she recovered from a torn ACL in her right knee. Senior Emilee Hoffman finished the first round at even-par, but after 75 and 73 in the final two rounds, Hoffman tumbled down the leaderboard and placed tied for 25th at six-over-par. Sophomore Sara Kouskova finished the tournament at nine-over-par, placing tied for 44th.

Historically, the Longhorns have struggled at Palos Verdes, placing sixth in the event two years ago and fourth the year before. This year’s third-place finish marks their highest atop the leaderboard. The Northrop Grumman Challenge was also the first team event Texas has played in since the White Sands Invitational back in late October.

“The ladies haven’t played too much competitive golf since late October so there were a few nerves early,” Murphy said. “We need to tighten things up in the scoring area and we’ll be where we want.”