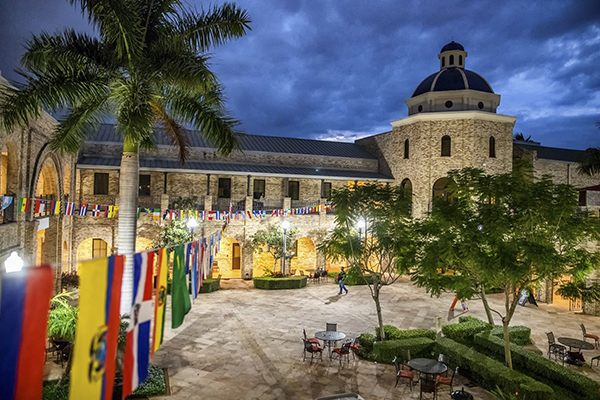 Courtesy of University of Texas at Rio Grande Valley

UT-Rio Grande Valley has the least graduate debt of public institutions in the nation, while UT-Austin graduates have double the amount of debt UTRGV has, according to U.S. News & World Report’s 2020 rankings.

UTRGV is fourth in the list least amount of student debt of national universities behind three private universities with an average $10,054 of debt per graduate owed to the U.S. Department of Education, according to data collected in 2017 for the ranking. UT-Austin graduates have an average debt of $21,500, according to the U.S. News and World Report’s 2020 rankings.

UTRGV spokesperson Patrick Gonzales said the low debt can be attributed to a guaranteed tuition rate for four years. UTRGV caps tuition at a fixed amount for students taking over 12 hours and at a low tuition rate of $4,066.16 for 12 hours. UT-Austin has similar policies and programs in place but a higher average tuition rate of $5,485.

“When (students) graduate from UTRGV with little to no debt, they can fully benefit from their career earnings instead of spending years trying to pay off their debt,” Gonzales said.

Joey Williams, director of communications for the Office of the Executive Vice President and Provost, said cost of living must also be considered in the cost of attendance. Williams said UT-Austin is a larger university and research institution that offers different programs and opportunities than UTRGV.

“Students have to decide for themselves if the value of being at a highly ranked, global research university and paying a premium to live in Austin suits their educational goals,” Williams said. “For those who are not pursuing what UT-Austin has to offer, UTRGV offers a great value.”

Gonzales said this affordability allows for upward mobility, which would otherwise be more difficult if a student had to pay off debts after they graduate. The median household income in Edinburg, Texas, the city where one of the UTRGV campuses sits, is $46,862, according to 2018 U.S. Census Bureau data. The same data show Austin’s as $67,462.

Alexandra Smith-Macias, Edinburg vice president of UTRGV’s Student Government Association, said many of the students she spoke with have said they come from lower income backgrounds. She said many of these students do not have to take out loans because the university is so affordable.

“Yes, people do come here because we are affordable, but I think once you are in UTRGV, you see the value of what you are getting,” political science junior Smith-Macias said. “It does start because we won’t have debt when we graduate, but it ends with us staying and feeling like we belong here.”