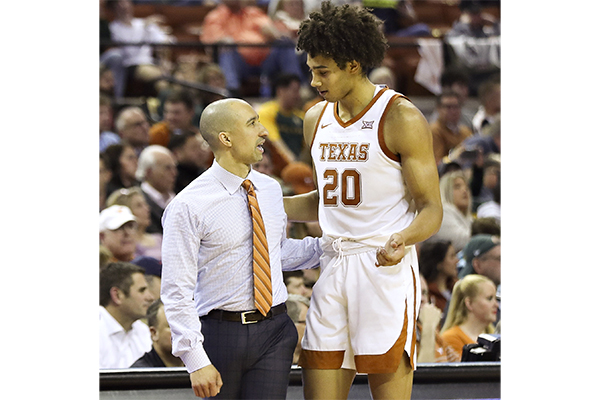 Shaka Smart’s five-year head coaching career at The University of Texas has been nothing short of a roller coaster. While this ride may be approaching its end as the banged-up Longhorns are set to take on TCU on Wednesday, Smart’s drive for coaching isn’t just about chasing on-court success: His passion stems from something deeper, from his upbringing in Madison, Wisconsin.

Smart played point guard at his hometown Oregon High School, just outside of Madison. As a three-year starter, he finished his career as the all-time assist leader for the Panthers. But the lessons he learned off the court were far more valuable to his future than his production on it.

“I was raised by a single mom,” Smart said. “I kind of had a void there because I didn’t have a father figure in my life, so coaches filled that for me. They helped me become a college graduate and helped me become a man, so when I got done playing, I thought it’d be cool to be able to do that for these guys and stay involved in the game of basketball.”

Smart coaches for reasons other than the money and even for the love of basketball. There is value in the ability to recruit young players to a program and then spend the coming years molding them into men.

That passion and mission has taken him on many roads, including stops at seven different schools. At each stop, developing relationships has been Smart’s primary goal.

“Some people have said to me that when you get to this high of a level, the relationships don’t matter anymore,” Smart said. “I don’t buy that. I don’t really want to coach if that’s the case. I want to be around guys that understand that at some points it’s about making the people around you better.”

That approach has paid dividends for Smart, as he willed his 2011 Virginia Commonwealth team to a Final Four appearance based on the chemistry and cohesion of a roster that had less talent than more established programs. During his time with Texas, that approach has made an impact on the recruiting trail.

“I value how much he values his relationships with his players,” Freshman forward Kai Jones said. “I wanted to be connected to my head coach wherever I went, so that’s why I chose to come to UT.”

The relationships Smart builds with players extend beyond their playing careers. For example, Smart attended the 2018 NBA Draft to watch former Longhorn forward Mohamed “Mo” Bamba get drafted sixth overall by the Orlando Magic. Later, when the Magic played the San Antonio Spurs during the preseason, Smart made sure to pay Bamba a visit.

“I went to see Mo play the other day in San Antonio,” Smart said. “The Magic were doing layups before the game, and he came and gave me a big hug … I said, ‘Mo, you should probably go out there with your team.’”

That focus on building relationships impresses not only players but other NCAA head coaches as well. Over the course of his career, Smart has made strong impressions on many coaches he has worked with and coached against.

“It’s well-documented how I feel about Shaka,” Chris Beard, Texas Tech head coach, said. “(Texas) sets their players up well, and their players get better over the course of their careers and seasons. Lot of respect for Shaka and what he does here.”

Whatever comes next after this season, Smart has given his all to The University of Texas at Austin. Whether he remains in Austin or moves on to the next stop on his journey, his love for UT and the players he has brought on is clear.

“I got right into coaching and am heading into my 21st year of coaching with UT being my seventh school,” Smart said before the season began. “I love being at UT. One of the best things about being here is the pride everyone takes in this color, this logo and with anything associated with UT, so that’s my story.”