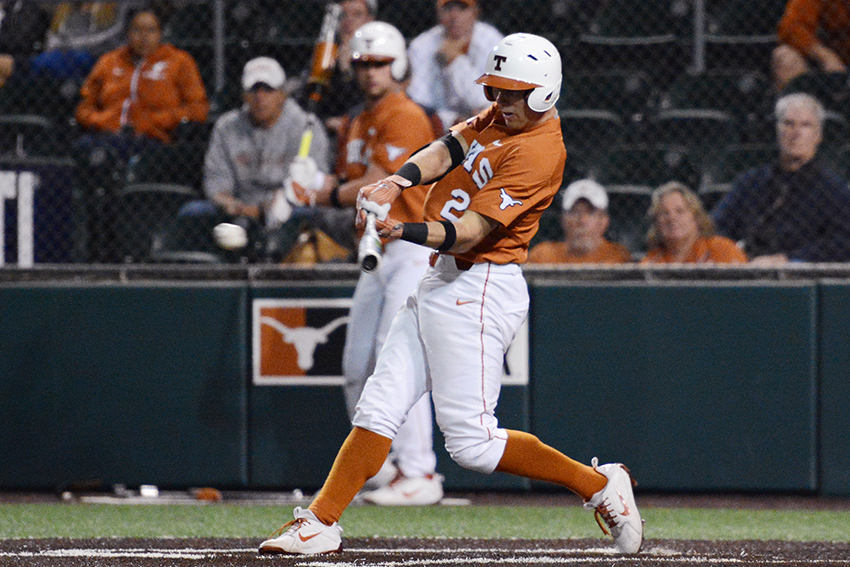 This spring training for the MLB season has been perhaps one of the most publicized thanks to the Houston Astros’ sign-stealing scandal. However, it’s business as usual for most players, including several former Longhorns trying to break camp. Let’s take a look at a few and examine what this training camp means for them.

These two played together on the 2009 team that lost in the College World Series Finals to LSU. Since then, they’ve been successful in the big leagues, both winning multiple world series for their respective teams. Even after Belt had a career-low year posting just a .234 batting average, he should be entrenched in the Giants’ starting lineup. On the other hand, Workman had a career-high year with a 1.88 ERA while functioning as the Red Sox closer for the second half of the season.

An All-Star in 2017, Knebel suffered a major setback near the start of last season, tearing his UCL which required Tommy John surgery. Knebel was a key part of the 2018 Brewers team that pushed the Los Angeles Dodgers to the edge in the NLCS. The righty/lefty tandem of him and Josh Hader nearly took Milwaukee to the World Series. Now, Knebel is almost fully recovered and throwing bullpen sessions. He is expected to return sometime in the first half of this season.

All three of these pitchers appeared in the 2019 MLB season without much success. Peters pitched 72 innings for the Angels, which outpaces the combined six from Milner and Curtiss. Either way, all three have a chance to make their team if they impress in spring training — the Angels pitching staff is a perennial weak spot, and the Rays are notoriously open-minded.

These two won’t make the final roster for their teams but should get plenty of playing time during spring training. Barerra, who played two regular-season games for the World Series champions last year, has a spot on their expanded 40-man roster. Boswell isn’t on the Rockies’ roster, but they liked him enough to play him in 17 spring games last year.

The Clemens brothers, who were both in their respective teams’ minor-league camp to start the season, relegated to mostly playing scrimmages on backfields. However, both appeared in multiple spring games last year, meaning they should continue seeing time. Expect these two to play in split-squad games, a spring training tradition where teams play two games at once, with an “A” squad staying home at the team’s complex and a “B” squad traveling on the road. Since the brothers are both playing for rebuilding teams, there’s a slight chance they make it to the big leagues by the end of the year.