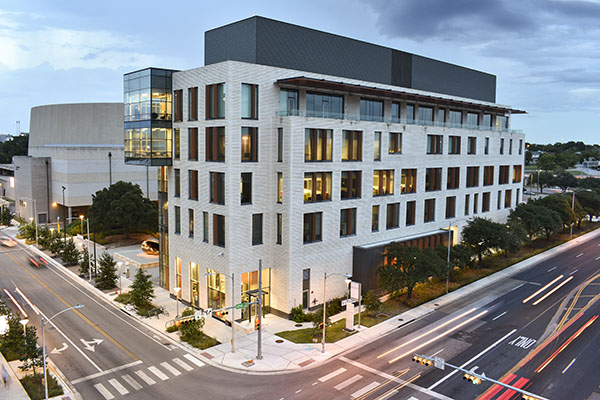 Dell Medical School earned its full accreditation Wednesday, Feb. 12, meeting the requirements to be considered a full medical school before its first class graduates in May.

Dell gained accreditation from the Liaison Committee on Medical Education for the United States and Canada. The committee conducts surveys to ensure schools meet 93 elements within 12 standards to be accredited, such as curriculum content, student resources and educational resources.

Sue Cox, Dell’s executive vice dean for academics, said Dell needed improvement in seven areas, while some schools have up to 30 findings for policies and programs that need to be improved.

“The school at every level … has done a tremendous amount of work to help the accreditation committees see what we are and who we are and what we’re doing,” medicine student Brooke Wagen said. “Everyone really had a role in that, and it’s such an achievement and such an accomplishment, and we’re all so excited about it.”

Part of the Liaison Committee’s review process included interviews with students in the school, asking questions about their experience in the program, such as whether or not the school addresses health equity issues within its curriculum. Wagen and medicine student Whitney Williams were class representatives for the interview process.

“The goal was to be as honest as possible about what was good and bad, what was working and what wasn’t working,” Wagen said. “There was no pressure to be disingenuous … there is never a static moment in which a school filled with people is perfect. It was more like talking about … this is what we do, this is how we see it and this is how we process it.”

Cox said she watched the school grow in numbers and maturity over the past years, comparing the creation of Dell to having a baby.

“Conception was in 2011, when Senator Watson delivered his 10-in-10 speech, and the first trimester ended when we got our dean,” Cox said. “The second trimester was when we were really developing things and … the fetus is growing. And then when the first class started their second year, and then the last three years have been this trajectory of growth to be delivered, and delivery is on May 21 when they graduate.”

“(We) have gotten to really have a stronger (resume) because we were the ones that had to build extracurricular organizations and build curriculum,” Williams said. “We have had more opportunities to develop professionally outside of performing well academically.”

Cox said Dell is trying to do more than just educate physicians.

“(We are) creating value-based care for the patients that we care for, creating a community of leaders, creating a health ecosystem where everybody flourishes not only as a human, but as a healthcare provider, as a patient and a doctor,” Cox said.