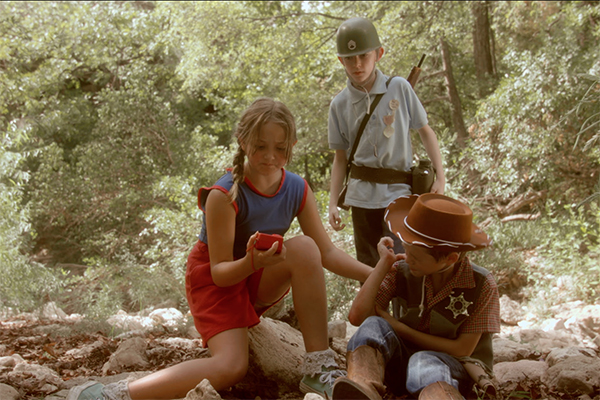 Only a mile away from the UT campus, the Shefelman family stood on their porch and listened to sirens and gunshots, hoping for the safety of their loved ones.

On Aug. 1, 1966, Karl Shefelman was coming home from the laundromat with his family when a neighbor’s housekeeper told them there was a man shooting from the UT Tower.

“We went on the back porch, and you (could) see the Tower and little puffs of smoke,” Shefelman said. “(I) thought (about) my father who was currently on the campus teaching class in the School of Architecture. (In) his classroom, the windows literally face the Tower. We were worried about ‘Where was dad? How was dad?’”

Nearly 54 years later, Shefelman took his early childhood memory and created a film set to be released in early May called “Man on the Tower,” which retells the event from a young child’s perspective.

“We turned (it) into a fictional story of some kids playing in the backyard, and a young friend comes running over with a radio yelling, ‘There’s a man on the Tower,’” Shefelman said. “They look, they see the Tower and decide they have to go save (their) dad.”

Although Shefelman was unable to film in his own childhood backyard, he was able to get in contact with a neighbor down the street who had a similar view. The neighbor and UT alumnus Edward Tasch felt a close connection to the film, which is why he offered the use of his backyard.

“It does resonate for me,” Tasch said. “We can see the Tower from our house, and I went to UT as well,”

Tasch also participated in the film because it was dedicated to Shefelman’s father, who passed away over three years ago.

“We were just happy to help out in any way we could. Karl’s father was very known in the neighborhood, a very lovely man,” Tasch said. “Part of my motivation was to give something back to Tom’s family because Tom was such a wonderful man.”

Shefelman said the film aims to bring awareness to the fact that the UT Tower shooting was one of the first public shootings at a university and that guns have become a significant problem in the United States.

“That is the underlying message, although it’s not an overtly political film,” Shefelman said. “It’s no longer safe out there.”

Nick Stevenson plays the father in the film and said he was drawn to Shefelman’s passion and the historical aspects of the film.

“Primarily, it’s just one of those stories that needed to be told. It needs the recognition,” Stevenson said. “It’s a local story. It’s the Tower at UT, and guns are so prevalent in this day in age that people just seem to accept it.”