Texas 2020 Primary Elections: What you need to know to vote 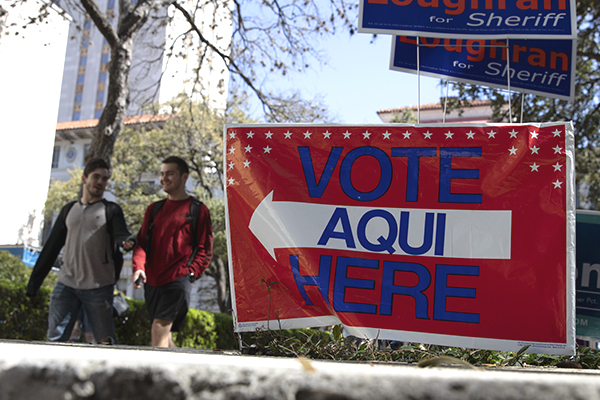 Texas Primary Election Day, March 3, is right around the corner. Early voting for the election started Feb. 18 and will continue until Friday.

Here is a voting guide for this year’s elections:

What is a primary election?

In this election, voters are selecting nominees to represent their political party for the general November election.

Can I still register to vote?

Voter registration for the primary election has ended. People can still register to vote for the general election and a possible primary runoff election.

How can I register to vote?

Voters must be registered 30 days before an election day to participate.

Can I vote by mail?

Mail-in ballots or “absentee voting” can be completed by voters who:

-are sick or disabled

-are 65 years of age or older on Election Day

-are confined in jail but eligible to vote

How do I request a mail-in ballot?

The county clerk’s office must receive the application no later than 11 days before election day via mail, email or fax.

What form of identification do I need to bring to vote?

There are 7 acceptable forms of photo ID:

Where do I vote?

Research candidates before voting and take handwritten notes to the voting booth. Cell phones are not allowed.

“If you’ve done all that research and checked everybody out before you go to the polls, you’ll find yourself feeling a whole lot more comfortable about making your choices,” DeBeauvoir said.

Go to vote411.com to learn about candidates.

“You can very quickly read through all of their research and then make your own judgments about who you’d like to support,” DeBeauvoir said.

Research the busiest and slowest polling locations close by.

“Find a place that’s not so crowded,” DeBeauvoir said. “The best thing to do is vote today, right now.”

This information has been gathered from the official Texas Secretary of State and Travis County webpages.