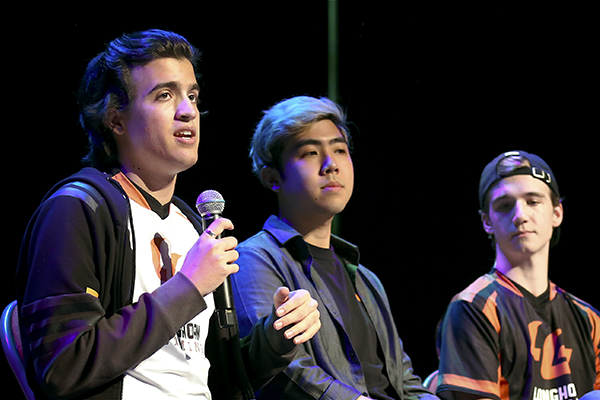 To celebrate a decade of esports at the University, Longhorn Gaming held a panel of esports professionals, game demonstrations and a gaming giveaway Thursday.

“We are trying to educate and spread the word about what (Longhorn Gaming is) doing behind the scenes, which is trying to get our student organization sponsored and trying to make esports a legitimate activity on campus that the University is aware of and wants to promote,” Asian studies senior Espinoza said. “It’s a whole new form of school pride when maybe you’re not a student that’s interested in watching some of the traditional sport games.”

The event’s panel included an esports coach, a competitive esports player, a leader of UT’s Brawl Stars team and the president of the Electronic Game Developers Society at UT. The panel discussed experience level, the future of the esports industry and the current esports community on campus.

“There’s a very distinct difference between a program that has that varsity status (with) the administration supporting them and club programs that are run completely by students that are trying to navigate things themselves,” said David Willis, head coach of esports at St. Edward’s University and UT alumnus. “UT has a lot of … talent that they can tap into if they were willing to create a (varsity) program.”

The event also explained the growth of esports at UT and as an international industry.

“I wanted to see more of what the (esports) industry is like,” said JoDei Pasasadaba, management information systems junior. “It’s just a great place for people to get together and do stuff that they really love.”