Unofficial SXSW shows to see during the week 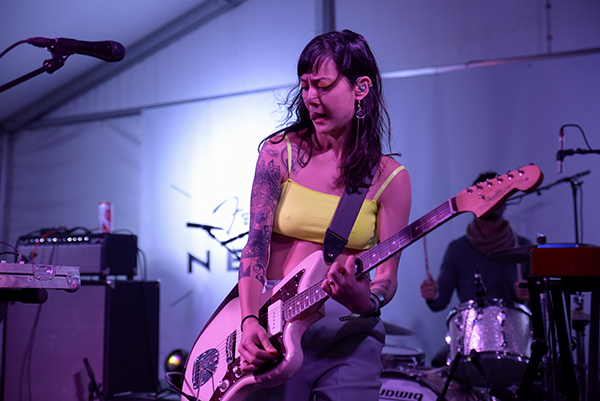 The South by Southwest 2020 festival was officially canceled last week, but that doesn’t mean the music stops playing in Austin.

Shows are still happening throughout the week with lineups featuring local artists from the Live Music Capital itself. For the music lovers let down by the cancellation, there’s still something to look forward to: a week of free and cheap concerts.

The Daily Texan has compiled a list of unofficial SXSW shows to help you soothe your SXSW blues and help support local artists.

Head to Hotel Vegas & Volstead on Friday for a night of free music, comedy and drag. There will be performances from electronic duo Capyac as well as the rap and hip hop collective PNTHN. Additional local acts include Manny Wave, Me nd Adam, The Lagoons, Con Man, Ladi Earth and Lord Friday the 13th.

Hosted by PorchFire Records, this two-day minifest is happening on Friday and Saturday at the PorchFire house in West Campus. The lineup is almost completely local, with performances from 20 artists and bands including Luvweb, Flounge, stunts and Young June. $10 donations are suggested at the door.

For fans of techno and house music, check out the South by Almost West Showcase on Monday at the Vulcan Gas Company. Get your face painted and see performances from Austin’s own Jules, Reue, Linus, Hollywoodrails, Kivi, Tko, Roxy V, Samwise and Aspen88. This show is free with RSVP.

Celebrate St. Patrick’s Day on Tuesday at Cheer Up Charlies with a showcase hosted by Nine Mile Records. Suggested donations for this show go directly to the artists who sustained losses from the SXSW cancellation. Austin’s own Night Glitter, Hikes and Elijah Ford are playing along with non-local acts David Wax Museum, Caitlin Sherman, reb fountain, Dirty Streets and Patrick Sweany.

Presented by Hotel Hot Burrito, this punk showcase is happening on Tuesday at Barracuda. The British punk band Wire is headlining this $25 show with local performances from Borzoi and Sailor Poon.

This free show is on Thursday The Electric Church. Yayo Sanchez AKA DJ KissGuy, Being Dead and Bourgeois Mystics are among the local artists playing. Additional performances include The Bobby Lees, The Wants, Gustaf, TOP nachos, The No. 44 and LIFE.