Q&A: Lynn Chen on how SXSW cancellation impacts her film ‘I Will Make You Mine’ 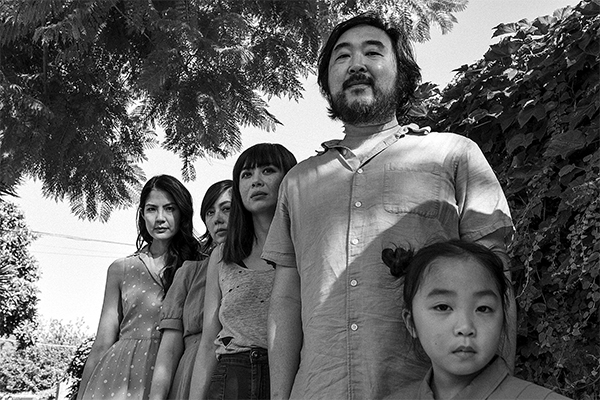 “I Will Make You Mine” is actor Lynn Chen’s directorial debut that was set to premiere at South by Southwest before COVID-19 concerns led to its cancellation. The film follows three women in various stages of their life who all share a past relationship with the same man. Chen spoke to the Texan about the writing process, filmmaking advice and how the cancellation of SXSW affected her.

The Daily Texan: During the writing process, how did you evenly balance the storylines of the main characters?

Lynn Chen: This is very organic in terms of writing itself. I’ve read the (screenwriting books like) “Save the Cat.” Those books really scared me. They were probably the reason I didn’t write before this. I’ve read a lot of scripts as an actor, but the idea of sitting down and outlining and writing things down on index cards and moving them around — that, to me, was very much not my process of doing things. So what I did was I just banged out a first draft. And I just made sure whenever I couldn’t think of what to do anymore with one character, I just switched to the next.

DT: How did the cancellation of SXSW affect you and your film?

LC: I understand why they had to do what they did, but it’s heartbreaking. The first two movies (in the series) both had their debut there, so there was no other festival that would have been as perfect of a place to premiere (the film). I wish we had been able to show it to everyone there on the big screen the way that we had hoped, but my hope is that when we’re streaming on May 26 that everyone who thought about seeing it will watch it and share it with others and give it the love that we had hoped it would get when we were going to be at SXSW.

DT: What is your advice to students who want to get involved in the film industry?

LC: I’ve been in this industry for a long time, and back in the day people used to tell you stay in your lane: “You’re an actor, so that’s what you got to do, and don’t show any side of your personal life. And don’t mix it up.” That was how things were when I was first graduating from college, so I decided to be an actor and stay in my lane. But as I got older and as the industry has changed, now everyone wears all these different hats. And so my advice would be to take advantage of that. We are living in a time where you really can do it yourself. You have to know that you love it, so the only way to know that is to actually do it. And you never know until you do it. So my advice would be to try wearing those different hats while you have the energy, while you’re young, while your back is really strong.