The Weeknd’s ‘After Hours’ tries to recreate, not reinvent 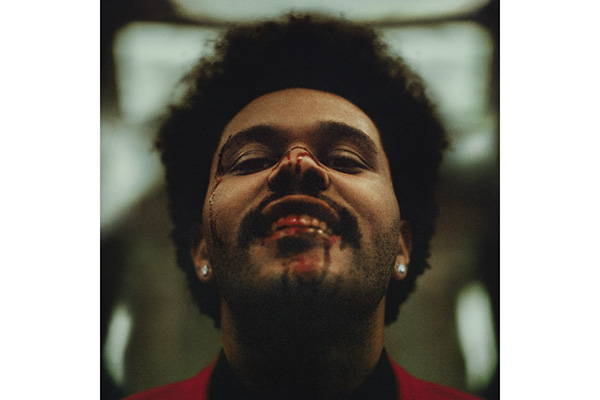 The motherf—ing Starboy is back, but not better.

Since the release of Starboy in 2016, The Weeknd kept himself busy, dropping an EP in 2018 and appearing in 2019’s “Uncut Gems.” Now, after a series of singles, music videos and a performance on “Saturday Night Live,” The Weeknd released his fourth album, After Hours, on March 20.

From the first note, The Weeknd draws listeners into his headspace, where he’s vulnerable and by himself. On “Alone Again,” the opening track, he sings, “Take off my disguise/ I’m living someone else’s life.” His tone and delivery evoke reflection and introspection. Usually, those qualities help create great songs, but here they seem bare and leave the listener wanting more. The production dabbles with house and trap drums and creates a solid foundation, but falls short of making a great song in the process.

Although raw emotion is a staple in The Weeknd’s music, it comes from a different angle because it isn’t accompanied by talk of coked-up one-night stands and womanizing lyrics. The difference is so evident that, at times, the first six songs feel like a separate EP connected to the actual album. What keep the project together are the dark, ambient sounds that find a way to envelop the listener.

On the seventh track, “Heartless,” he begins with, “Never need a b—-, I’m what a b—- need.” Just like that, the clear-headed Abel is replaced by the fast-paced artist fans have grown accustomed to.

At the album’s midpoint, “Faith” finds The Weeknd at his best and in his most recognizable state: on drugs, spewing toxic romantic lines. He does weed, cocaine and molly in the first three lines, asks for his partner to overdose with him and eventually ends up in the back seat of a car, citing loss of faith as the cause. All of this happens as a deep synth bass and house snare set the strongest foundation on the album.

Just as The Weeknd is injected with amphetamine in “Heartless,” the album follows and gets its life. “Faith,” “Blinding Lights,” “In Your Eyes” and “Save Your Tears” truly give the album its personality as upbeat dance tracks that fully lean into the ‘80s pop aesthetic he has slowly moved toward throughout the past five years.

The final three songs show him coming off the drugs. The lyrics are still selfish and lustful, but the music is slower and more subdued. He ends the album the way he should’ve started it, and had the first half sounded like the second, Abel would’ve made an album that rivaled his last two projects.

After Hours attempts to mix the best parts of Starboy and My Dear Melancholy but fails to create its own memorable peaks. Filled with vibrant synths, snares and house drums, it creates a project that doubles as an ‘80s house club and a therapy session on the balcony.

This record is a simple, straightforward one. Abel doesn’t push the envelope musically or lyrically and never truly seems comfortable with the overall direction of the album. Despite that, The Weeknd’s signature reverberated falsetto and ambient sounds are still heavily present, making it exactly what it is: a Weeknd album for Weeknd fans.