From the Forty Acres to the big screen: UT alumni movies to watch in quarantine 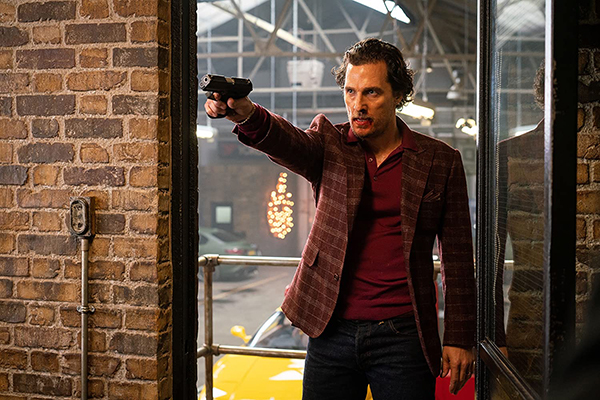 Looking for more movies to add to your ever-expanding watch list? The Texan has compiled a list of films featuring UT alumni that are available to stream from the comfort of your home.

This time-twisting adventure is directed by alumni Mark Dennis and Ben Foster from the radio-television-film program. While searching for a missing professor, a group of young characters get trapped within a cave where time works differently. Facing off against Neanderthals and killer robots, the characters must find their way out of the cave while figuring out the whereabouts of the professor. Filled with sci-fi action and likeable characters, “Time Trap” is certainly a blast of a film.

David F. Sandberg directs Zachary Levi in this comedic take on the superhero genre written by UT alumnus Henry Gayden. The story follows orphan Billy Batson as he stumbles upon a magical wizard who grants him the power to transform into a superhero by shouting “Shazam!” The film is endlessly entertaining and filled with a plethora of comedic moments. Asher Angel and Jack Dylan Grazer have iconic chemistry in the roles of Billy Batson and Freddy Freeman, making almost any scene superbly entertaining.

“Blow the Man Down” — Amazon Prime

This small-town mystery thriller features UT alumnus Will Brittain as a police officer. The shady town of Easter Cove, Maine, is turned upside down when its dark underbelly is threatened. Brittain’s character is on the case, infusing charm and comedy throughout the journey. The film sports a chilling score and intriguing cinematography.

UT alumna Renée Zellweger stars as legendary actor Judy Garland in this biopic. The film follows the famous actor’s life nearly 30 years after she starred in “The Wizard of Oz.” Dealing with a divorce and the pressures of Hollywood, Garland pushes to take care of her children and support herself financially at the end of her career. Zellweger scored Best Actress from this year’s Academy Awards for her work in the film.

“The Gentleman” — Video on demand

Guy Ritchie returns with another crime-filled experience starring UT alumnus Matthew McConaughey. In the film, McConaughey’s character is the kingpin of a marajuana empire in London. The narrative follows his struggle to keep his empire afloat in the face of malicious businessmen seeking his fortune. The script work is wild, jumping back and forth in time until the film’s cathartic finish.